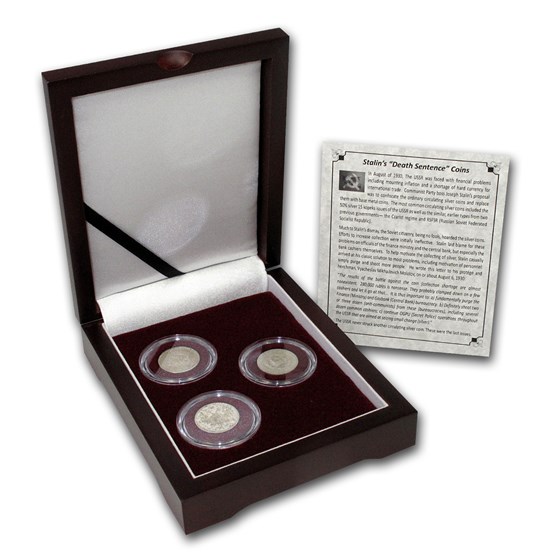 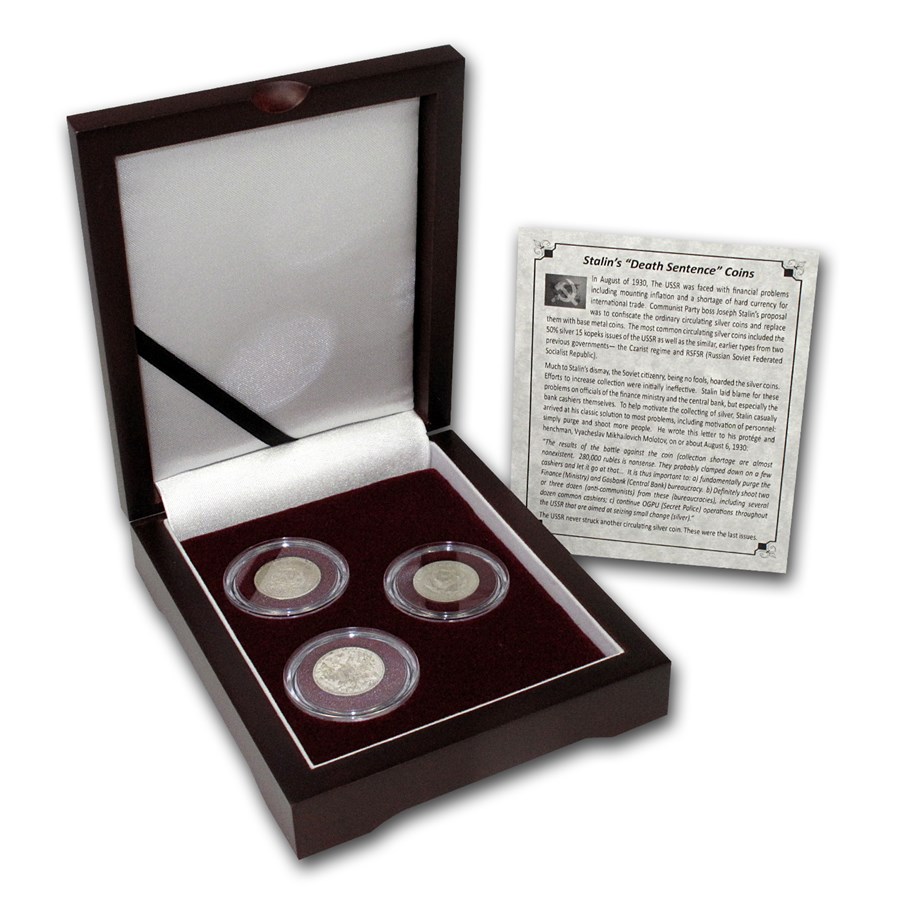 Historic Russian Silver Coins!
These Silver kopeks of Russia and the Soviet Union demonstrate another instance of Gresham's Law (where bad money drives out good).
The economic depression of the 1930's affected the Soviet Union no less than the rest of the world. During this time the Russian people did what people had always done during hard times; they hoarded coins that contained Silver or Gold. Even tough the Soviet government stopped striking Silver coins in the late 1920's, dictator Joseph Stalin blamed the Finance Ministry, and in typical fashion, had many people in the Finance Ministry and the Central Bank killed.
This set (kwown as Stalin's Death Sentance Coins) contains 1 Silver coin of Czarist Russia, 1 Silver Soviet Russian coin, and 1 Silver Soviet issued coin. All are 15 Kopek coins, and each contains 0.0434 of an ounce of Silver for a total ASW for the set of 0.1302 of an ounce.
Coins are dates of our choice and in Extra fine to Almost Uncirculated condition. Each is encapsulated and they come in a hadsome wood display case with COA and a brief history of the coins. As the last Silver coins issued by Russia/Soviet Union for circulation, this set will make a great gift for any collector.