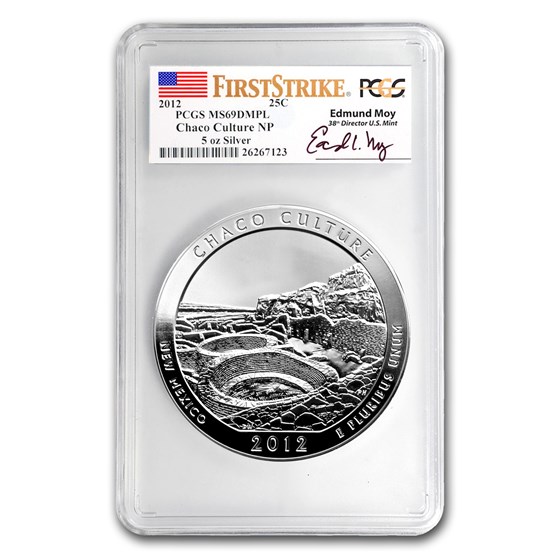 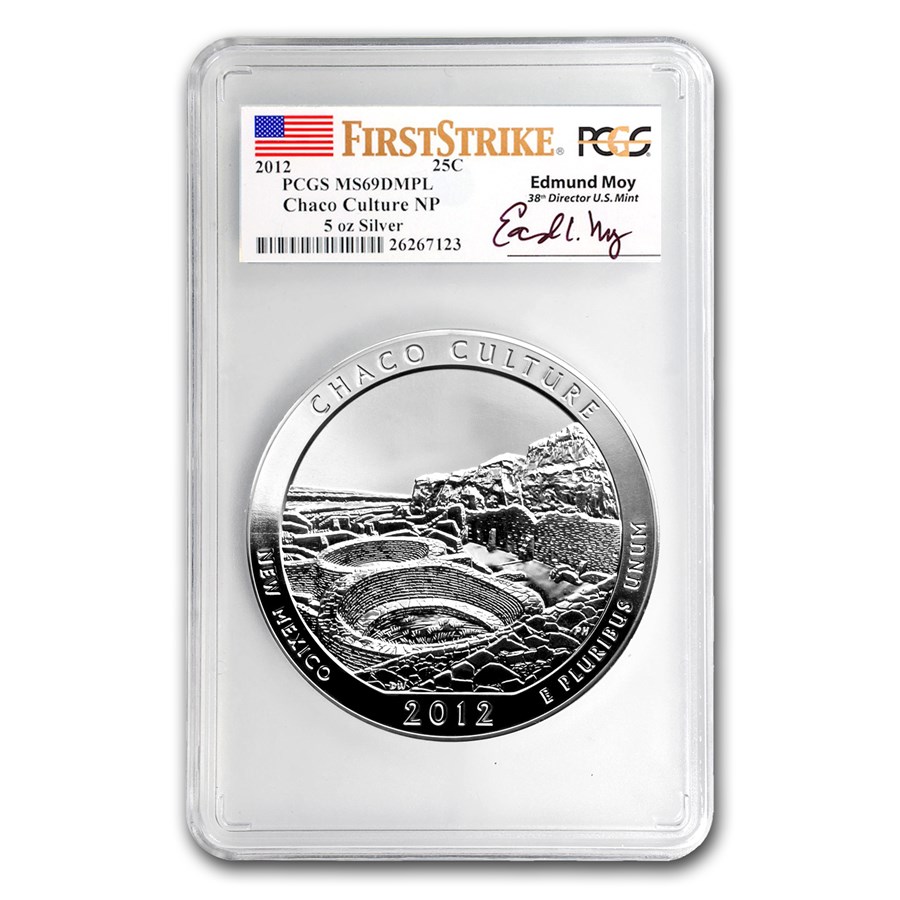 Product Details
Product Details
Low population of just 629 coins graded MS-69 Deep Mirror Prooflike by PCGS! Additionally, this label has been hand signed by Edmund Moy, Director of the U.S. Mint at the time that the America the Beautiful series was launched.

This is the second America the Beautiful release of 2012 and the 12th overall in the series. This coin honors the Chaco Culture National Historical Park in New Mexico, which contains the most vast collection of ancient ruins north of Mexico.

Chaco Canyon in northwestern New Mexico was the cultural epicenter of the Ancient Pueblo Peoples between 850 and 1150 A.D. and is today known for its "Great Houses,” distinctive architecture which feature many petroglyphs and pictographs, and kivas, or ceremonial structures. The Chacoan sites are a part of a larger network of Native Americans which included the Pueblo, Hopi and Navajo tribes. The canyon was the center of a system of communities linked across 40,000 square miles in the American southwest.