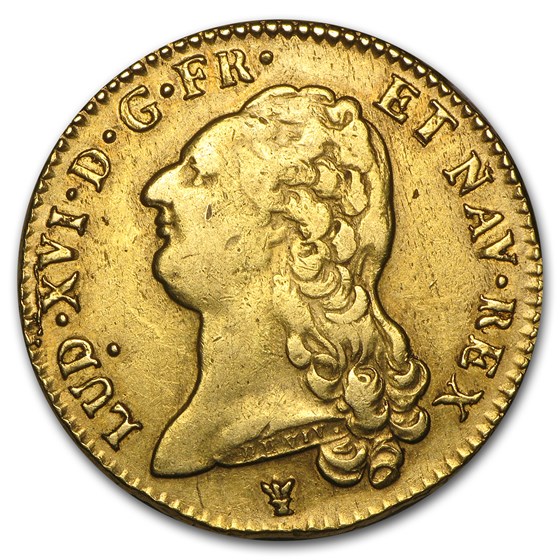 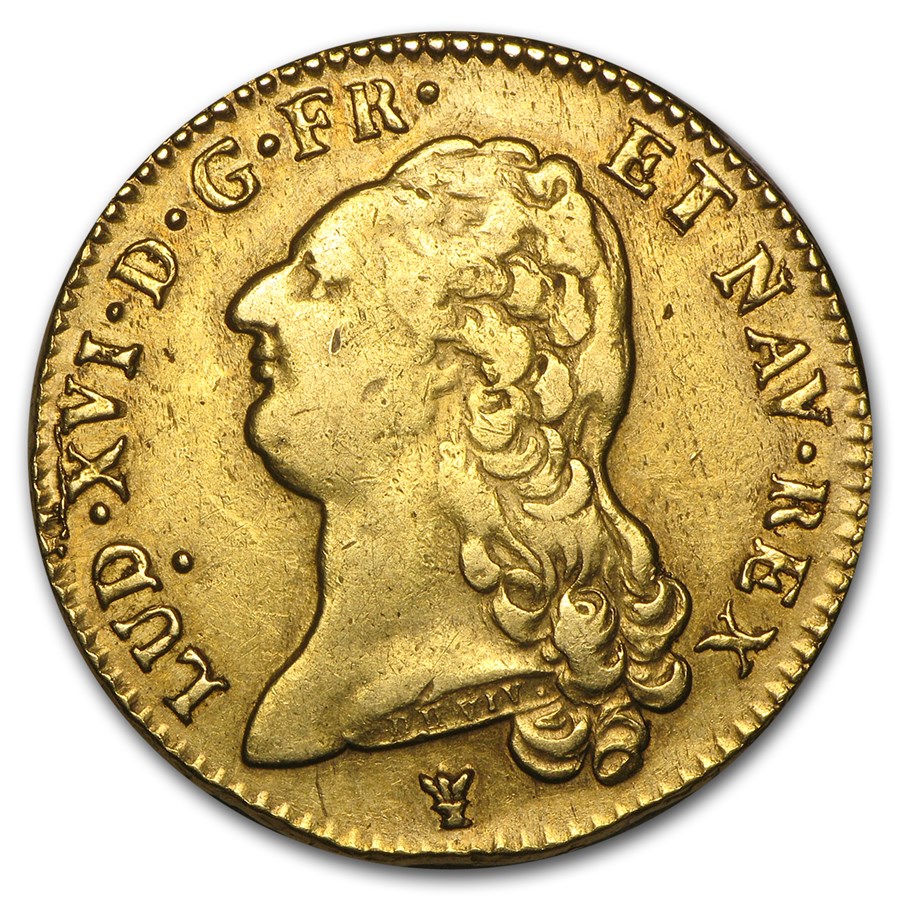 18th century French Gold!
This Gold coin was issued during the reign of King Louis XVI. Struck at the Limoges mint, this double Louis D'or contains .451 oz of Gold. A bust of the king appears on the obverse of this coin, while the crowned arms of France and Navarre appear on the reverse.
This example is graded Extra Fine (XF) details condition. This over 220 years old coin is a nice example of late 18th century French Gold. Listed in Krause as KM#592.7.
Related Searches