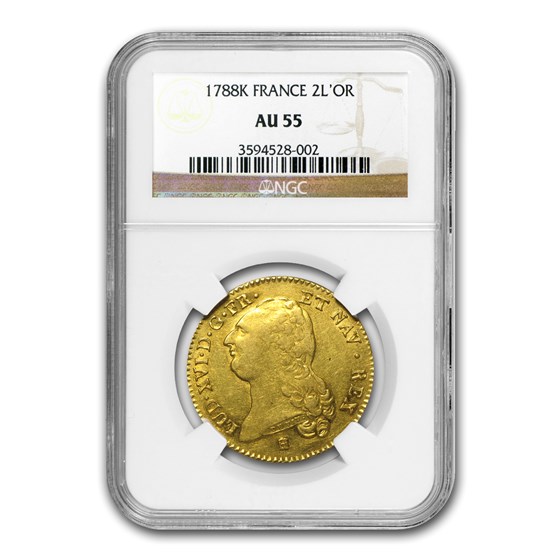 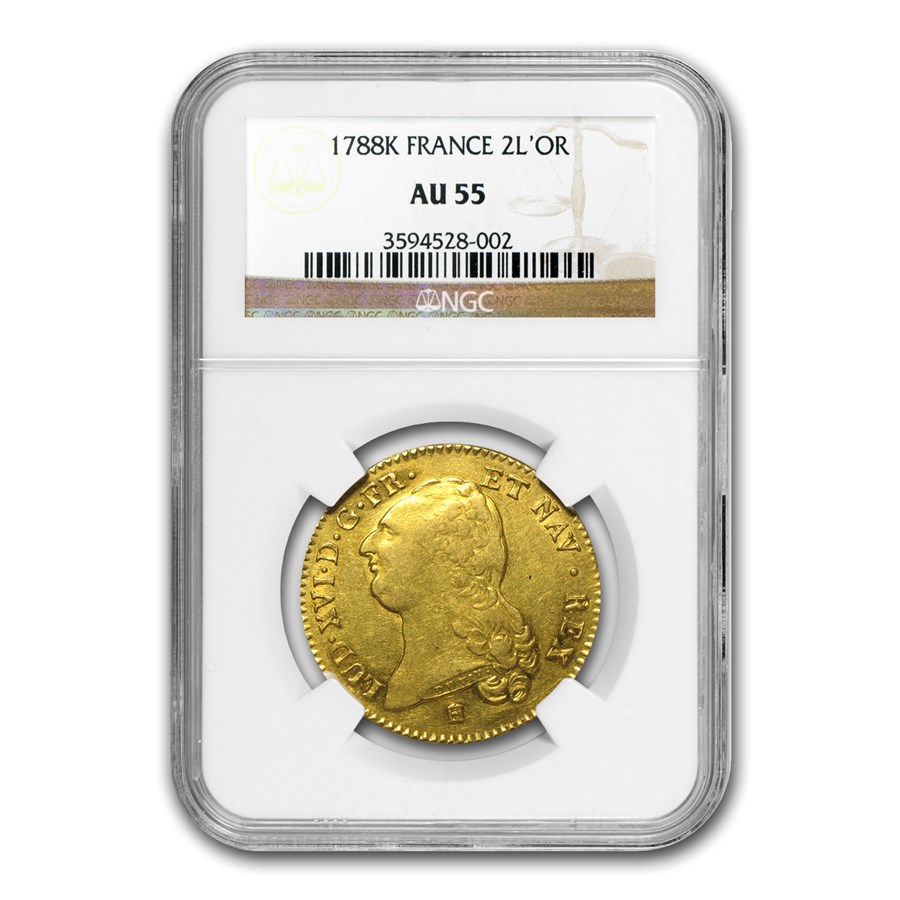 This Gold coin was issued during the reign of Louis XVI. Struck at the Bordeaux mint, this Louis D'or contains .451 oz of Gold and is a scarce issue with an original mintage of just 18,000. A bust of King Louis XVI appears on the obverse of this coin, while the crowned arms of France and Navarre appear on the reverse. This example has been graded Almost Uncirculated 55 by NGC and shows much original luster. This 220-plus year old coin is great example of late 18th century French Gold. KM #592.8.