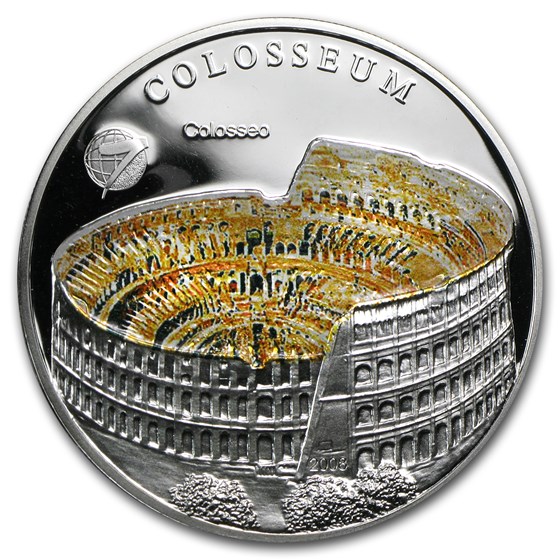 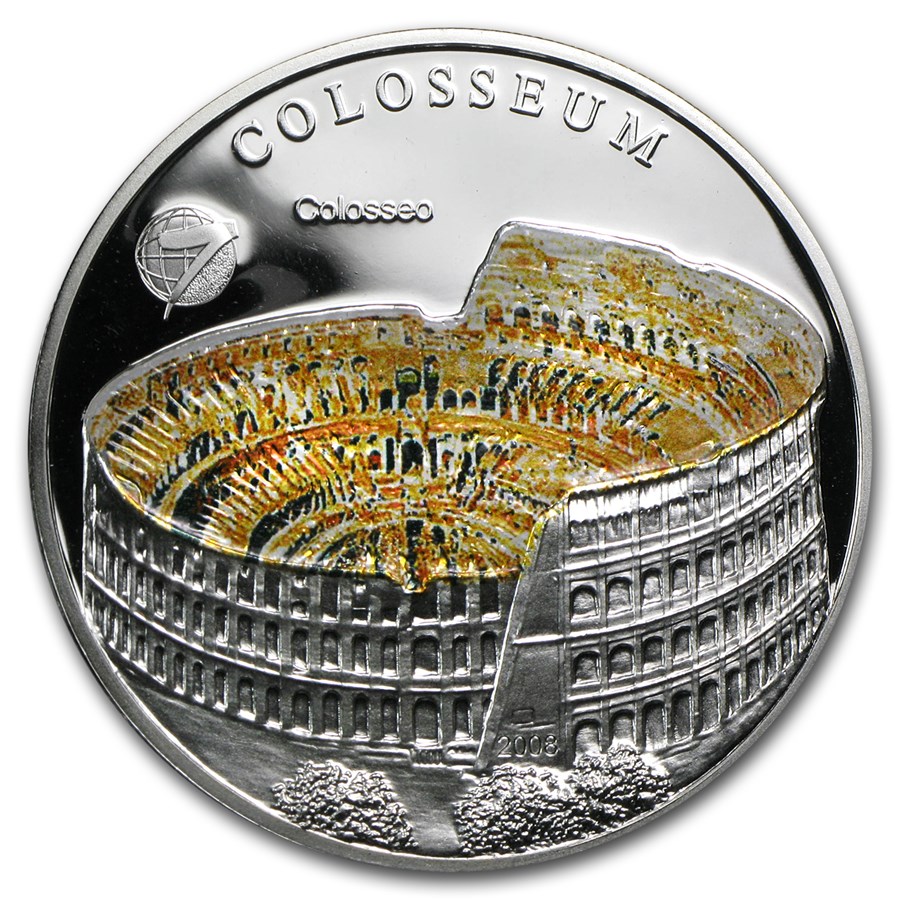 Mintage of only 2,500 coins!
The New 7 Wonders Foundation conducted a poll to select seven new wonders of the world. On July 7, 2007, out of 200 candidates and more than 100 million votes, the results were announced at a ceremony in Lisbon, Portugal. This .925 fine colorized Silver coin represents one of those winners, the Roman Colosseum. Built from 70 to 82 A.D. in Rome, Italy, the Colosseum is an elliptical amphitheatre in the city center. It is the largest in the Roman Empire. It is considered one of the greatest works of Roman architecture and Roman engineering. This coin is in an original capsule with certificate of authenticity.

Great coin from an exotic location