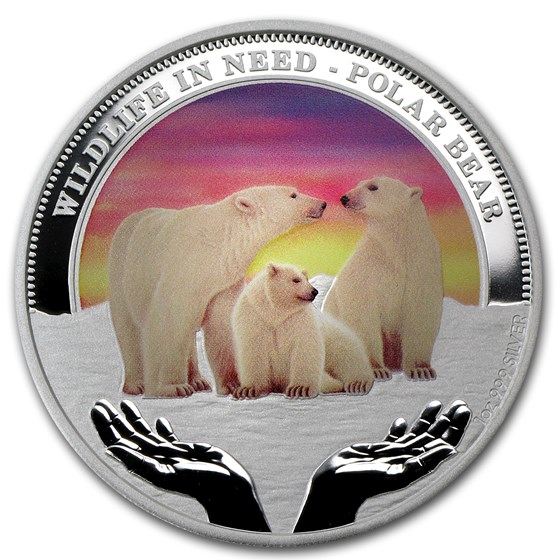 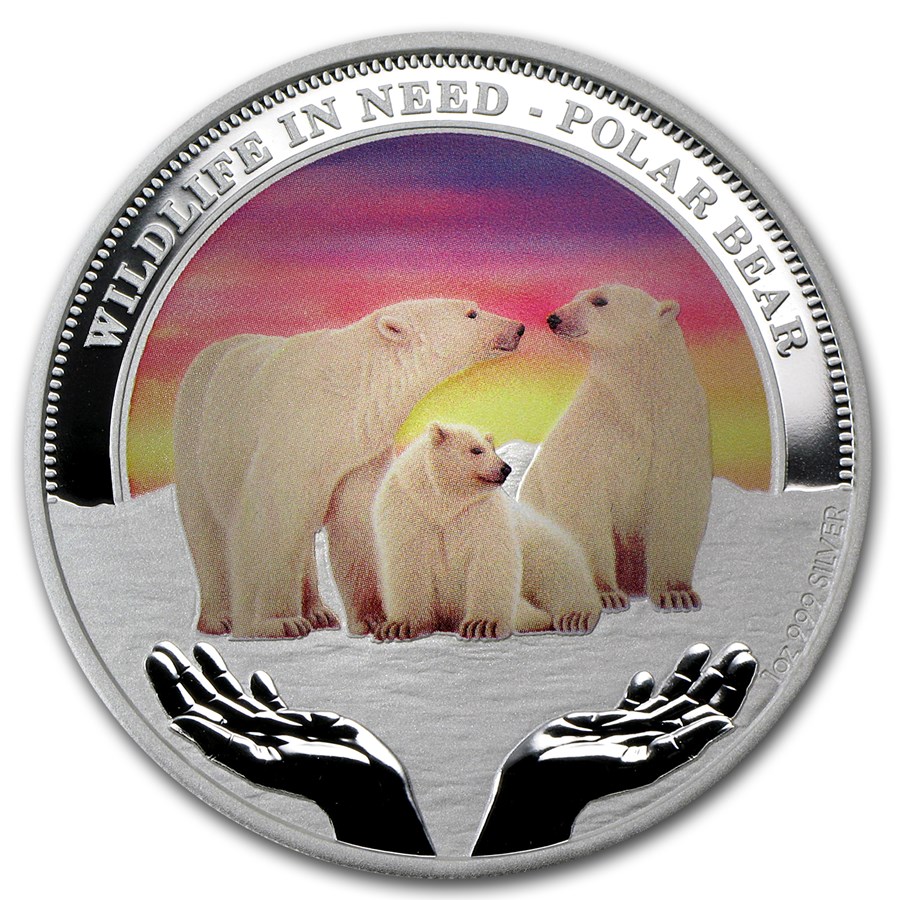 Mintage only 5,000 coins!
Third release in the Wildlife in Need five-coin series.
This coin features two adult Polar Bears and a cub, in color, against an Arctic landscape, design by Karen Hull. The lower reverse comprises a struck design showing a pair of supporting hands, and the inscription WILDLIFE IN NEED – POLAR BEAR. The Raphael Maklouf likeness of Her Majesty Queen Elizabeth II and the monetary denomination are shown on the obverse.
The Polar Bear is easily recognized by its distinctive shape, from its round posterior to its pointed black nose. Although the bear’s fur looks white, each hair shaft is actually pigment-free and transparent with a hollow core that scatters and reflects visible light, much like what happens with ice and snow.
This sea bear evolved about 200,000 years ago from its brown bear ancestors and is superbly adapted for survival in the Arctic. Five nations have Polar Bear populations including the United States (Alaska), Canada, Russia, Greenland, and Norway.
The main threat to the Polar Bear is the loss of habitat caused by ice loss as a result of climate change. As the Arctic continues to warm, two-thirds of the world's Polar Bears could disappear by mid-century. Other threats include pollution, poaching, industrial developments and unregulated hunting.
In May 2008, the United States Department of the Interior listed the Polar Bear as a Threatened Species under the Endangered Species Act, while Canada and Russia list the Polar Bear as a Species of Concern.
Celebrating WWF's 50th anniversary.