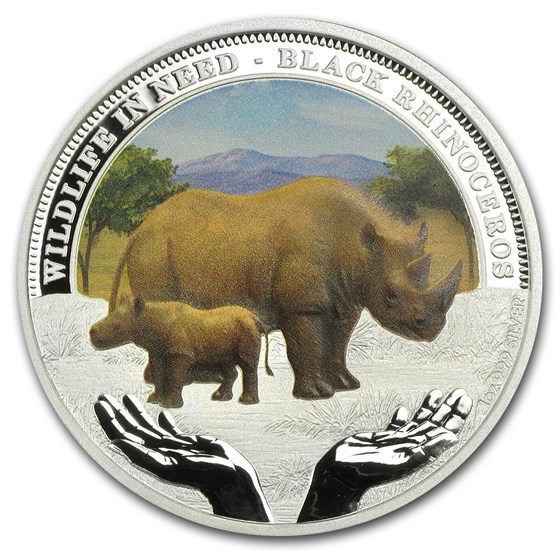 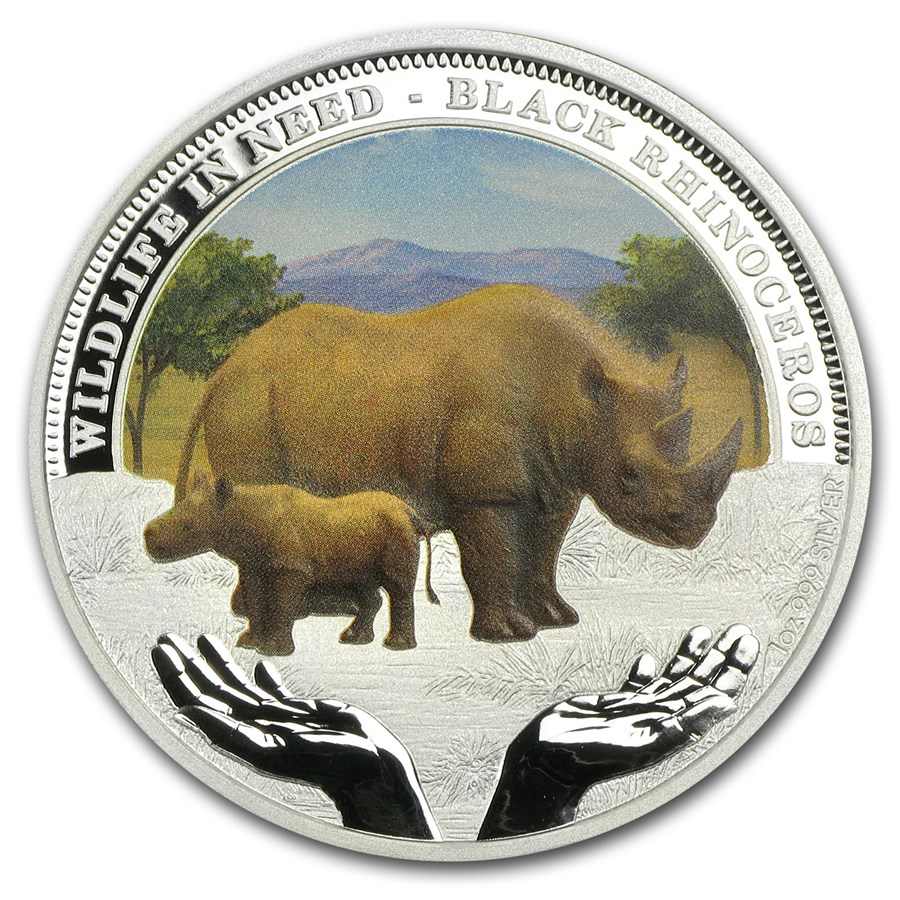 Mintage only 5,000 coins!
Fourth release in the Wildlife in Need five-coin series.
This coin features an adult Black Rhinoceros and calf in color, against an African savannah backdrop. The lower reverse comprises a struck design showing a pair of supporting hands, design by Karen Hull. The inscription WILDLIFE IN NEED – BLACK RHINOCEROS is also incorporated into the design. The Raphael Maklouf likeness of Her Majesty Queen Elizabeth II and the monetary denomination are shown on the obverse.
The Black Rhinoceros is characterized by its sizeable frame and distinctive horns. This magnificent species is thought to have poor sight, but a good sense of smell and hearing, and is believed to live between 40 to 50 years of age.
Over time, the poaching of the animal for its horns has escalated and remains the creature’s greatest threat. The Black Rhinoceros is classified as critically endangered, and one subspecies, the Western Black Rhinoceros, was declared extinct by the International Union for the Conservation of Nature and Natural Resources in 2011.
Political instability and wars have also severely hampered rhinoceros conservation work in Africa. This situation has exacerbated the trade in rhino horn and increased incidents of poverty-induced poaching. Habitat loss and changes have also contributed to the population’s decline. It is now more important than ever to safeguard the future of this unique species.
Celebrating WWF's 50th anniversary.