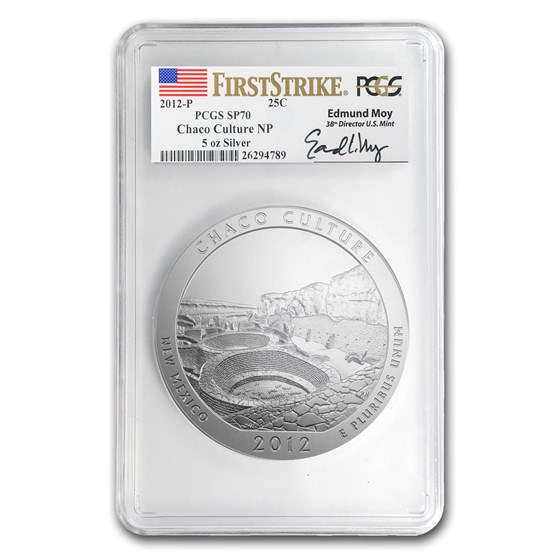 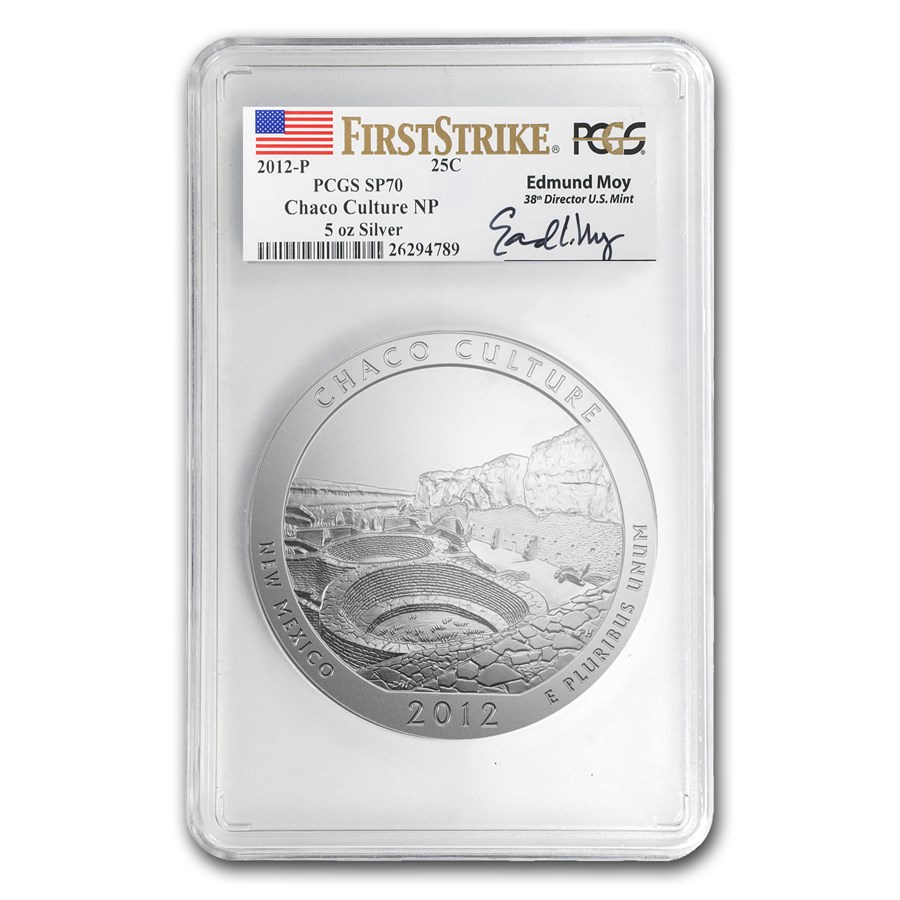 Chaco Canyon was first established as a national site on March 11, 1907. The reverse of the Silver coin illustrates two of the elevated kivas that are part of the Chetro Ketl Great House as well as the north walls of both the Chetro Ketl and the canyon. Listed on the reverse are the phrases “Chaco Culture,” “New Mexico” and “E Pluribus Unum,” as well as the year of issue, 2012.