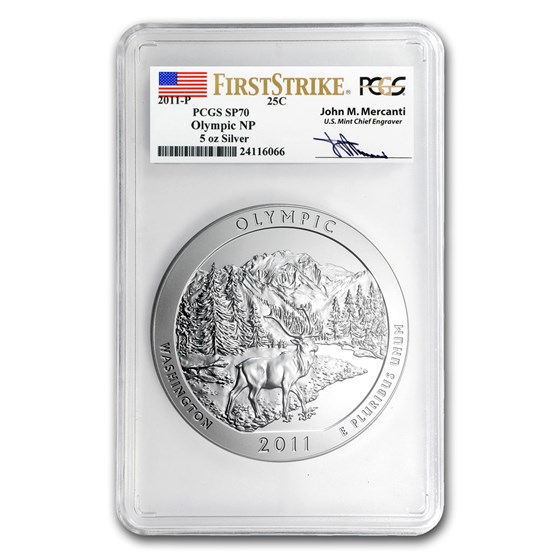 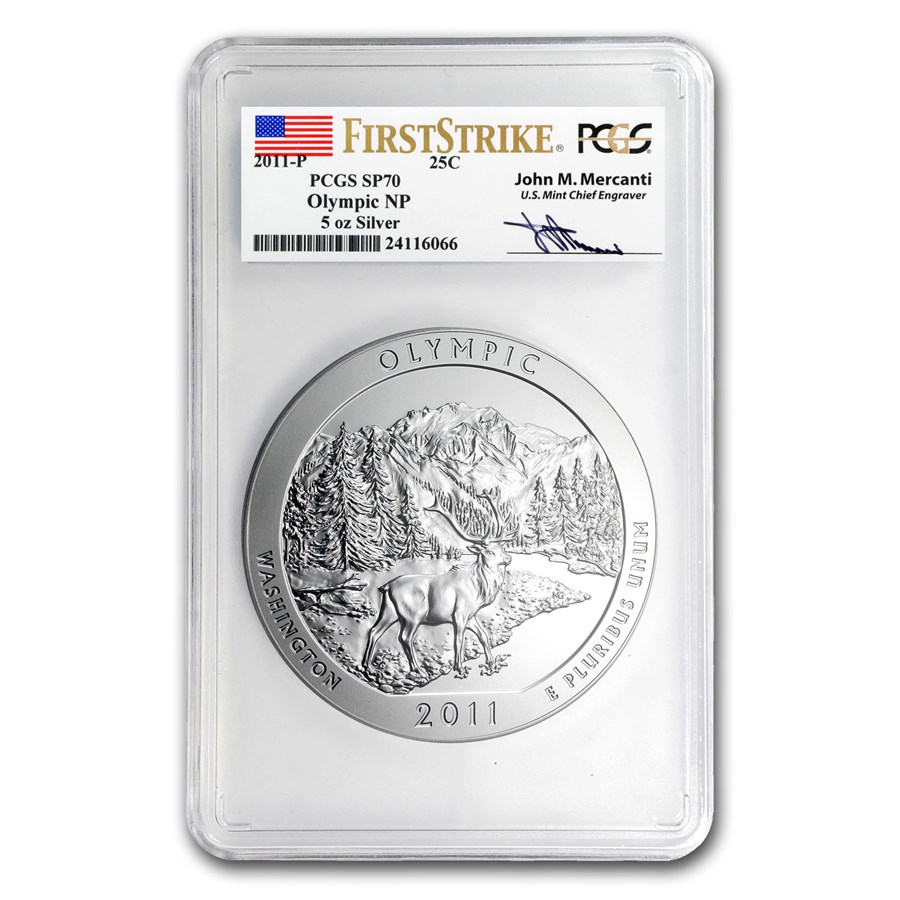 These coins have been specially treated after the striking process to achieve a very noticeable matte finish. These are the collector's edition ATB coins, and they carry the 'P' mintmark. The Olympic National Park ATB coin is designed with natural wonder in mind. The backdrop exemplifies the unchanged wilderness, while the Roosevelt elk in the foreground brings living beauty to this coin.

Olympic National Park is on a peninsula and is separated from the mainland by a mountain range. This isolation led to many unique plants and animals only found in Olympic National Park. This beautiful 922,561-acre park is also home to the majestic Mount Olympus.