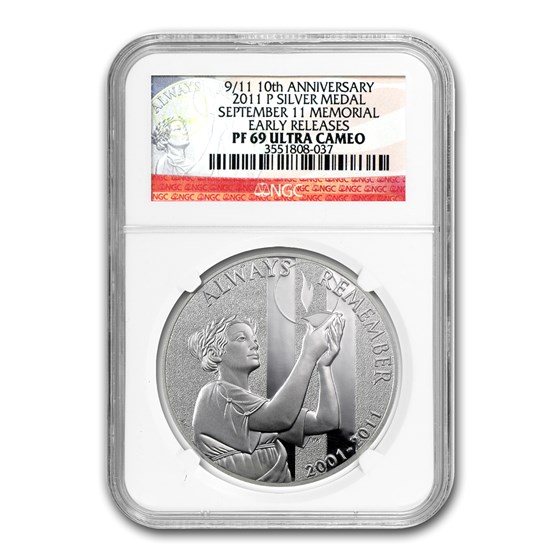 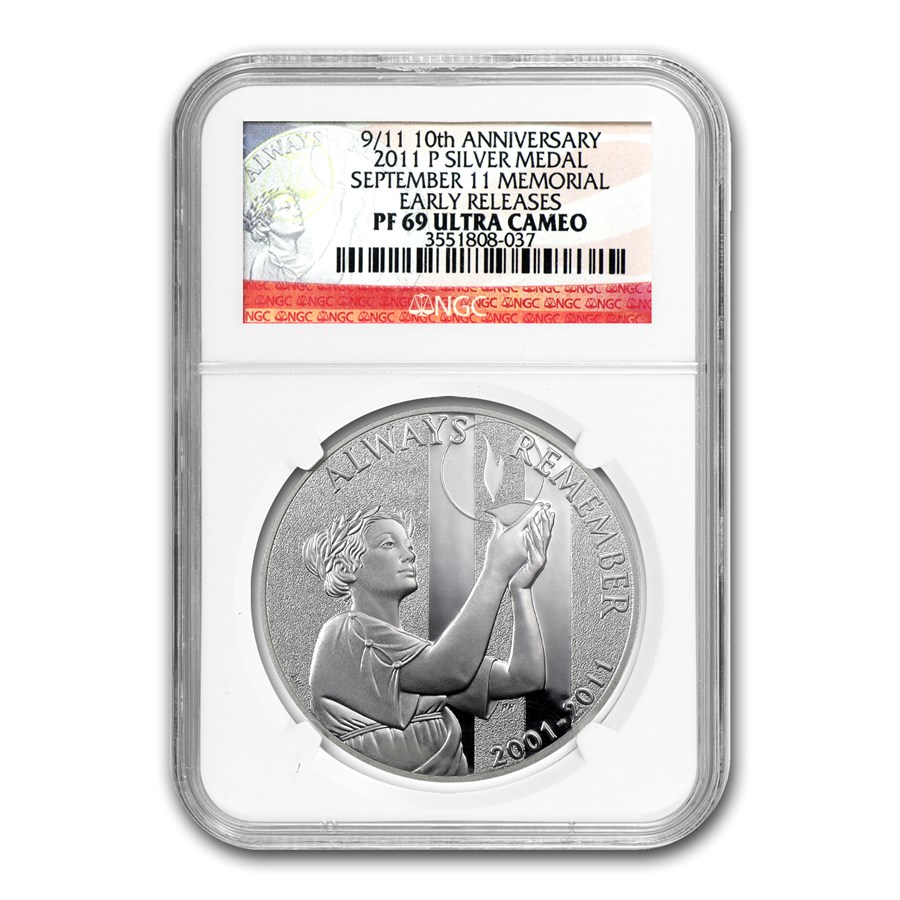 Product Details
Product Details
In August 2010, President Obama signed an act requiring the Secretary of the Treasury to strike up to two million Silver 9/11 National Medals featuring a design emblematic of the courage, sacrifice and strength of those lost in the 2001 terrorist attacks.

The sale of these medals was to go toward the operations and maintenance of the National September 11 Memorial & Museum upon its completion.

Not only do these Silver medals represent a trying time in our nation's history in such a beautiful way, but these issues have been graded Proof 69 Ultra Cameo Early Release by NGC, adding even more beauty to the medals.