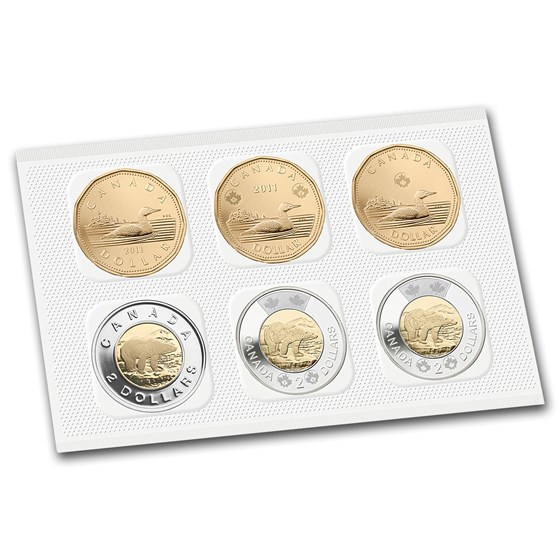 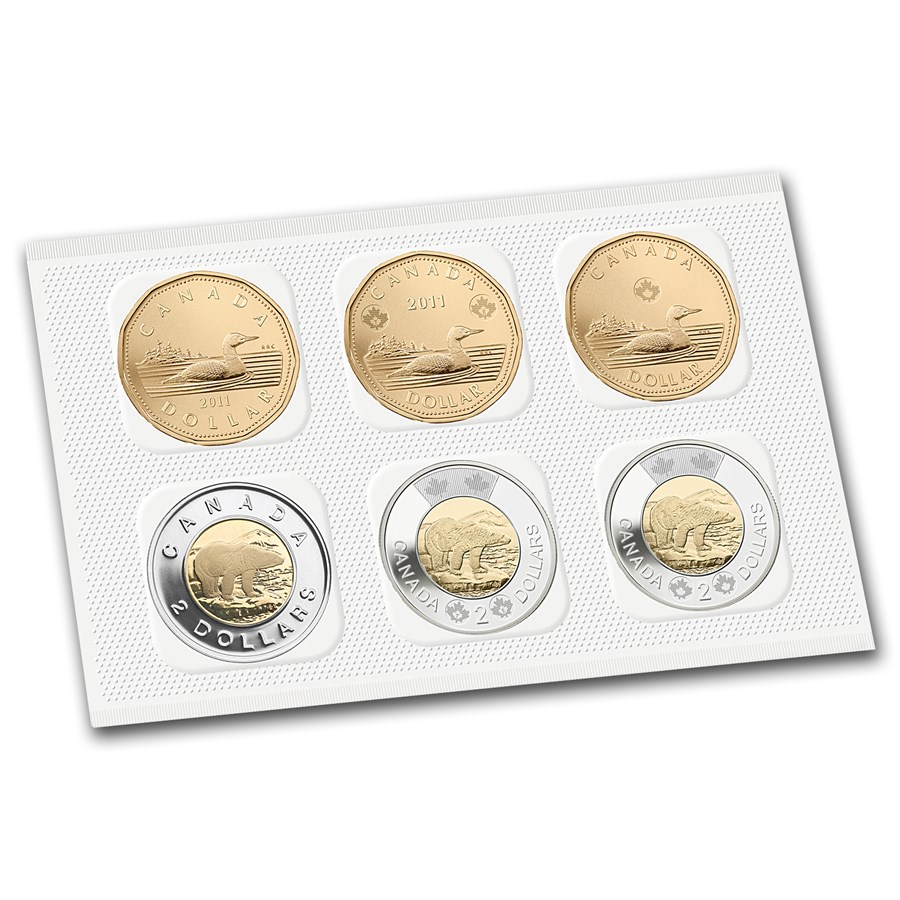 Mintage of only 25,000 sets! The $1 and $2 security test tokens were produced using the Royal Canadian Mint’s patented multi-ply plating technology. The $1 coin in this set is composed of multi-ply brass plated steel and features the familiar 11-sided shape and well-known Loon design by Robert-Ralph Carmichael. This version, however, presents the new security feature offered on the circulation coin: a single laser mark of a maple leaf positioned just above the Loon design on the coin’s reverse side. This laser mark was produced during the striking of the coin using a contrasting pattern micro-engraved on the coin die itself. The bicolored $2 coin composed of a multi-ply brass-plated aluminum bronze insert within a multi-ply nickel-plated steel outer ring features Brent Townsend’s polar bear image, which has been featured on the circulation $2 coin in most years since the coin’s introduction in 1996. It also offers three new security features. The first is a set of two laser marks of maple leaves, like the one on the new $1 coin, at the bottom of the outer ring. The second is a unique hologram-like virtual image of two maple leaves at the top of the outer ring. These images change as the coin is turned from side to side. This virtual image was produced by engraving different patterns on each side of two-sided grooves on the face of the coin. The third feature is the addition of engraved edge-lettering the words "CANADA" and "2 DOLLARS" along the coin's outer edge. Sealed inside a transparent plastic film and presented in a keepsake envelope, accompanied by a serialized enhancement card feature the coin and token specifications.