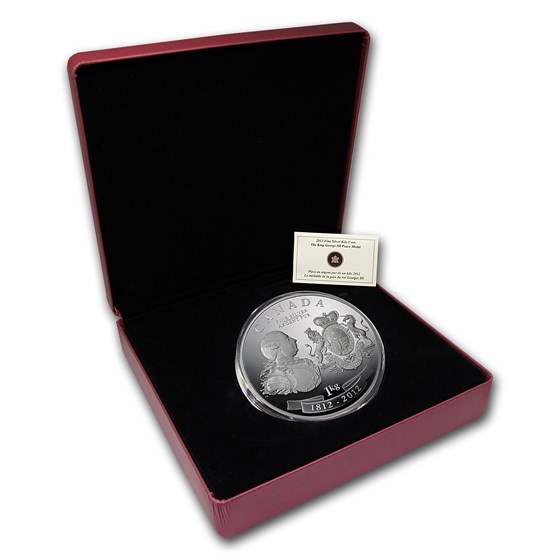 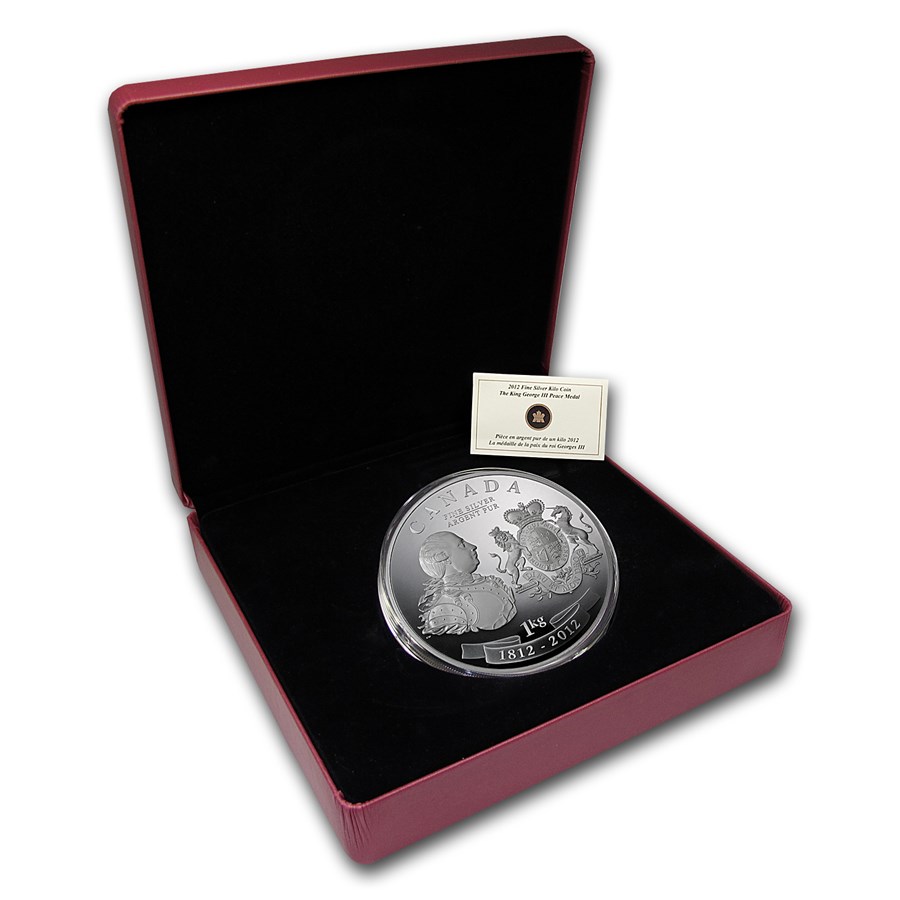 First 1812-themed one kilogram fine Silver coin! In Canada, the practice of giving peace medals to First Nations chiefs dates back to the early 1670s, when such medals were handed out by the government of King Louis XIV of France. Around the same time, the British government of King Charles II was presenting similar medals to First Nations peoples in British colonies in what is now the eastern United States. When Britain gained control of France’s North American holdings following the Seven Year's War (1756 to 1763), the French peace medals were replaced by British peace medals featuring King George II and, later, his grandson George III.

European nations presented medallions to First Nations leaders as tokens of respect and friendship, gratitude for service, and at the signing of treaties. Historical evidence suggests that these physical signs of fealty not only helped to ease tensions caused by cultural and linguistic differences between First Nations peoples and European settlers, but were revered by First Nations recipients and, in some cases, passed down through generations.