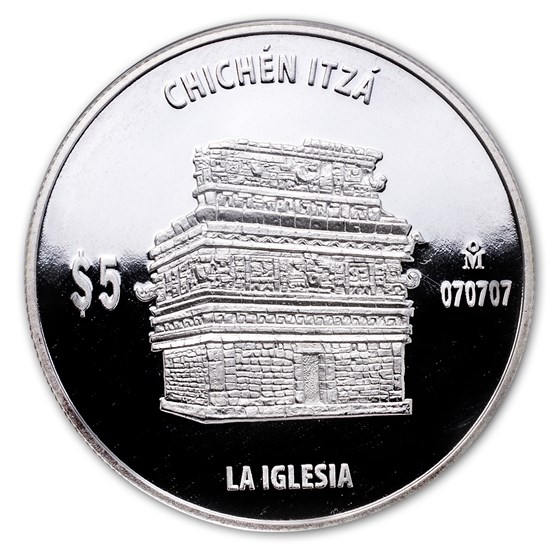 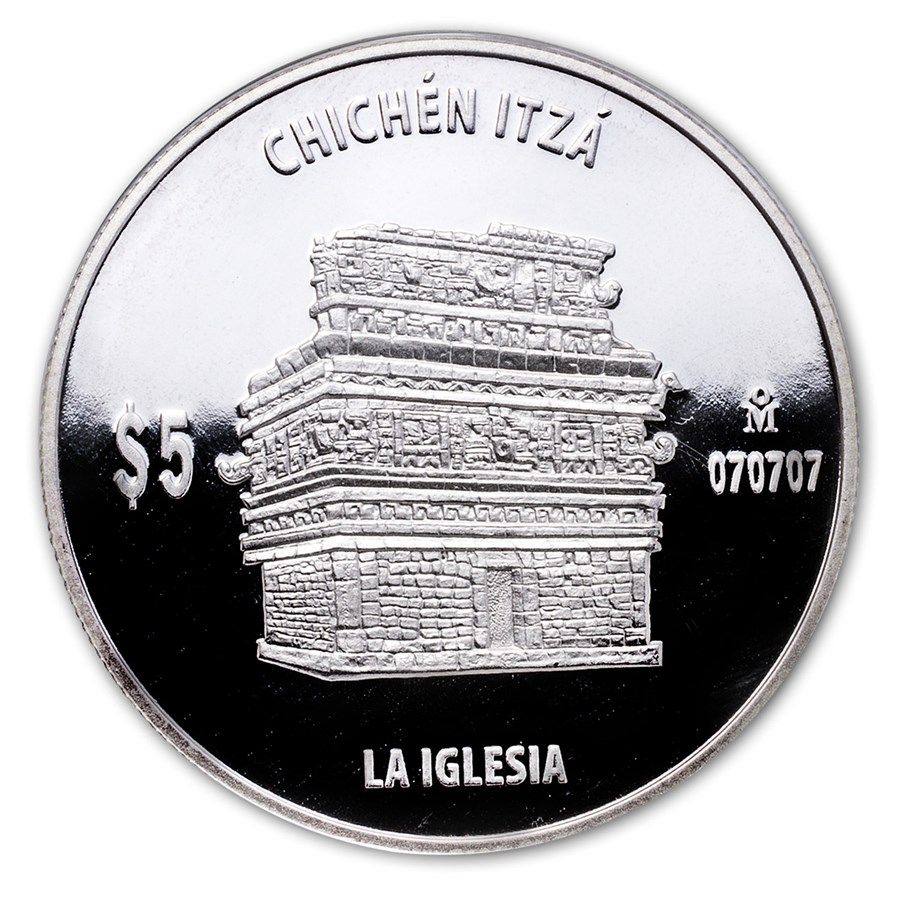 Add this attractive, low-mintage Silver Proof to your cart today!

This building was named La Iglesia (the Church) by the Spanish, simply because it was located right next to the Nunnery. This rectangular building is of classic Puuc construction with an overlay of central Yucatan styles (Chenes). This is probably one of the most frequently drawn and photographed buildings at Chichén Itzá; famous 19th century drawings were made by both Frederick Catherwood and Desiré Charnay.

The most important motif of the decoration is the Chac god mask with a hooked nose standing out on the corners of the building. In addition, there are four figures in pairs between the masks including an armadillo, a snail, a turtle and a crab, who are the four "bacabs" who hold up the sky in Mayan mythology.