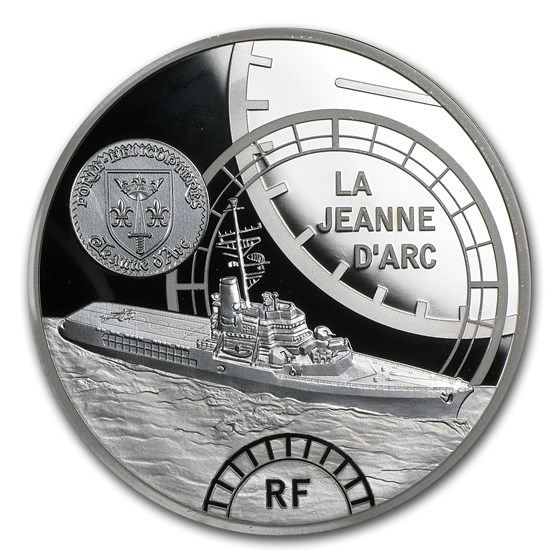 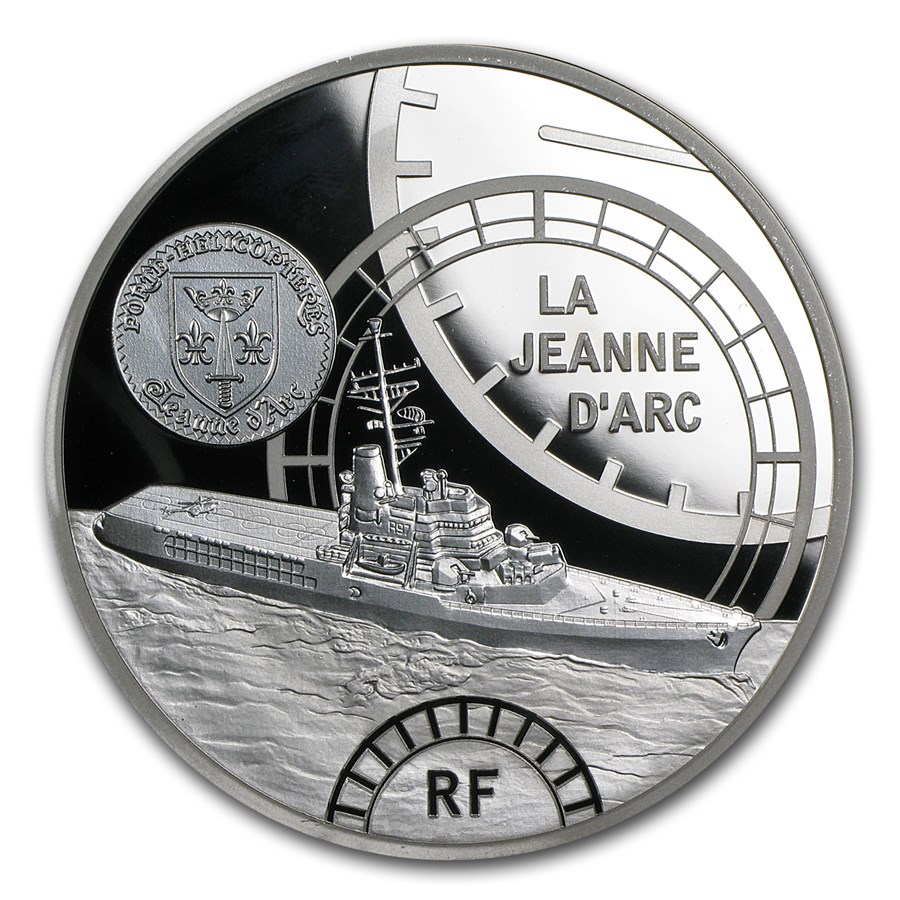 Product Details
Product Details
This is the second coin of a series featuring great French ships. Every year for five years, this series will pay tribute to a sailing ship, a warship and an ocean liner. This 50 Euro Proof Silver coin depicts The Jeanne D´Arc.

As one of the most famous helicopter cruisers of the French Navy (1964-2010), the Jeanne D´Arc has carried out numerous active campaigns, served as a training ground for Navy cadet officers and been involved in several humanitarian missions.