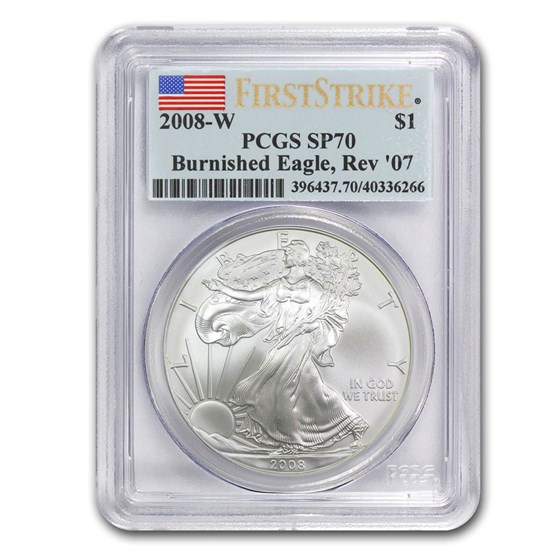 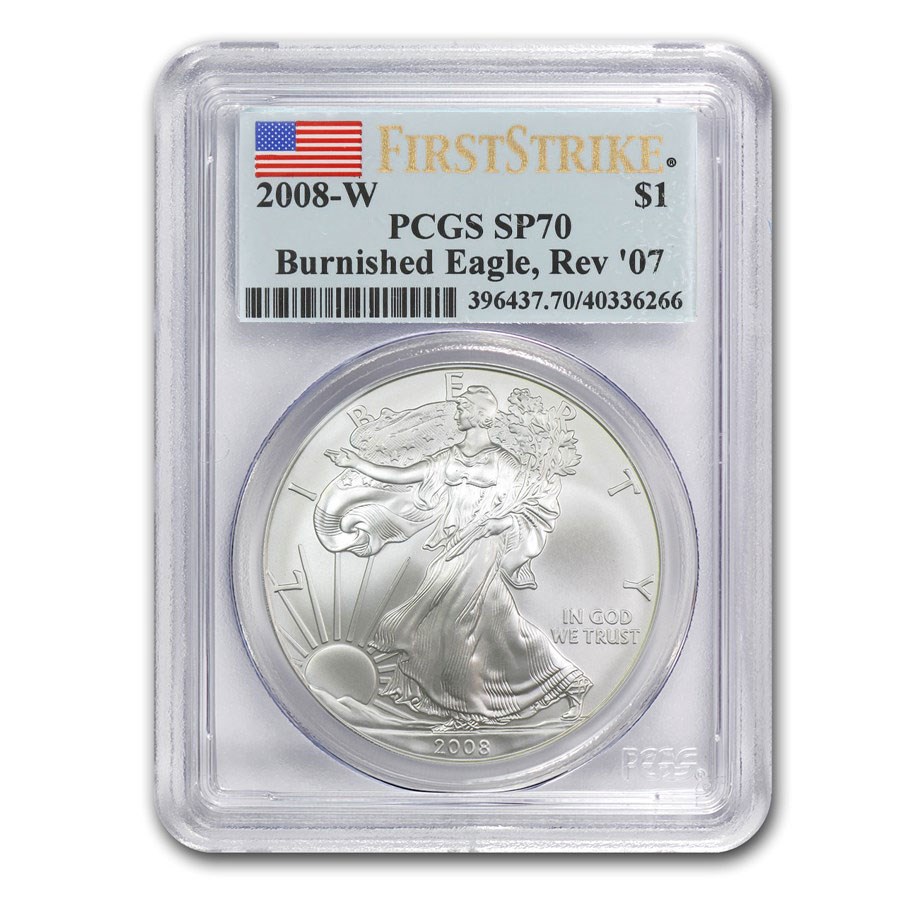 $31.69
As Low As
Product Details
Product Details
With only an estimated 47,000 produced, this modern error was the result of inadvertent use of an older reverse die for production of 2008 burnished Silver Eagles. This example has been certified SP-70 by PCGS.

This highly sought-after coin is a rarity of the usually near-perfect modern minting process. Add the 2008 Reverse of 2007 Silver Eagle to your cart today!

While a variety of differences from the standard 2008 issue can be noted in the reverse of this coin, the most obvious diagnostic is the "U" in "United States." 2008 and subsequent issues featured a serif on this letter, while the earlier dies used a sans-serif character instead. Other differences including the spacing of the stars above the eagle, the spacing between the legend and the rim, and the style of tilde used between "Fine Silver" and "One Dollar."


Note: PCGS has, at different times, denoted the special burnished finish on these coins with either the "MS" or "SP" designation. These are identical in both meaning and value. Coins sold through this listing may bear either designation.