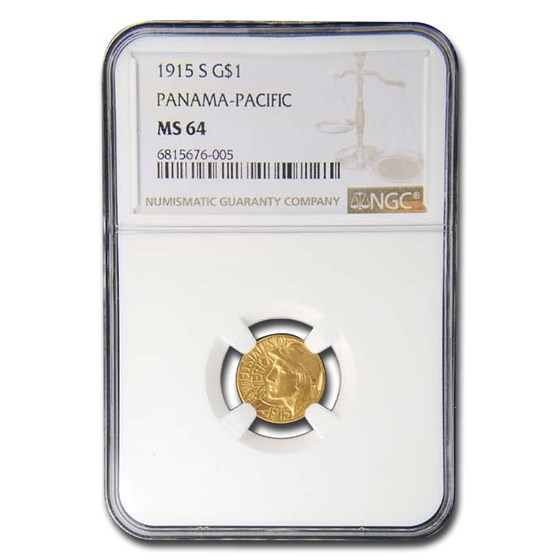 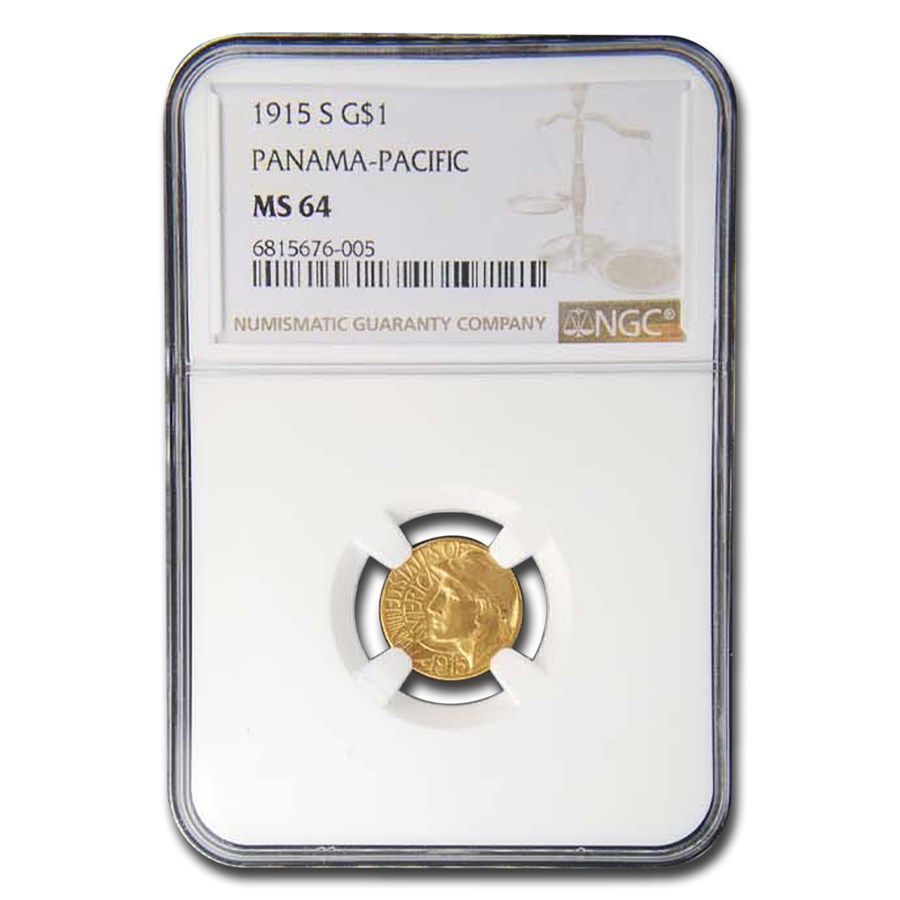 Product Details
Product Details
Panama-Pacific International Exposition commemorative coins have such an attractive design and are always in demand. The Exposition itself was set up near the Marina in San Francisco, and the colonnade at the Exploratorium still exists today.

Panama-Pacific International Exposition commemorative coins have such an attractive design they are always in demand. The 1915-S Panama-Pacific, or 1915-S Pan-Pac as it is affectionately known, commemorates celebrating recent events such as the rebuilding of San Francisco after the 1906 earthquake, as well as the building and opening of the Panama Canal, which was completed in 1914. Both events symbolized a rebirth of sorts for many residents of San Francisco.