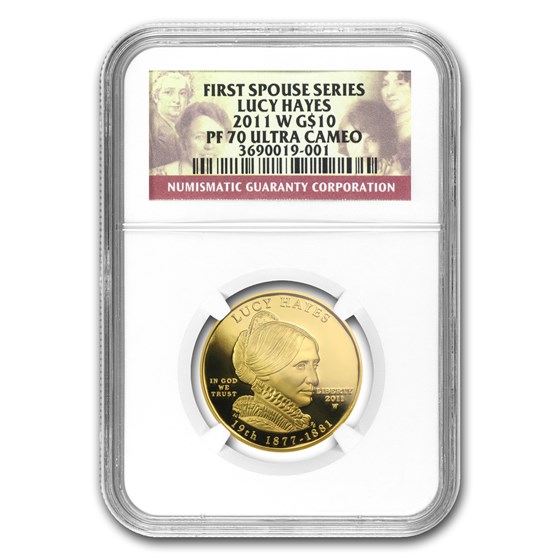 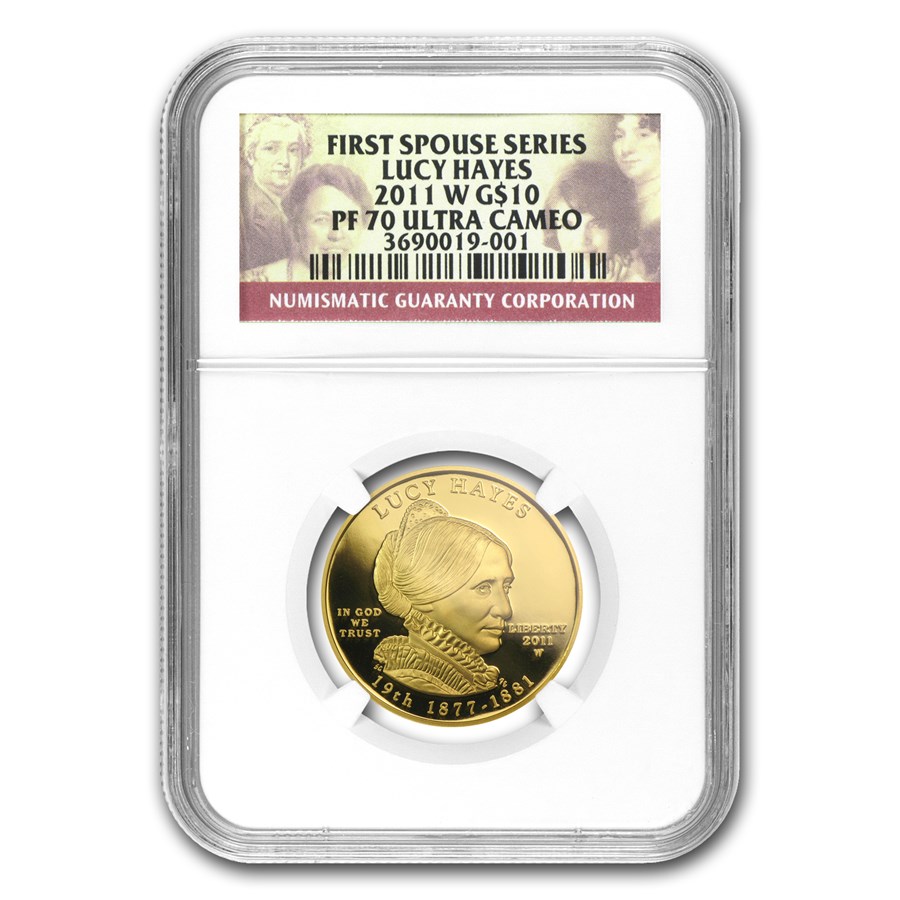 Product Details
Product Details
First Ladies have made many contributions to their husband's presidency. This First Spouse release pays tribute to the accomplishments of Lucy Hayes. This coin is graded PF-70 by NGC.

Lucy Hayes was the wife of Rutherford B. Hayes, the nineteenth President of the United States. Lucy's nickname in Washington was "Lemonade Lucy" after banning alcohol at official functions. The Hayes were in the White House from 1877 - 1881. The reverse shows Lucy Hayes participating in the first Easter Egg Roll held at the White House