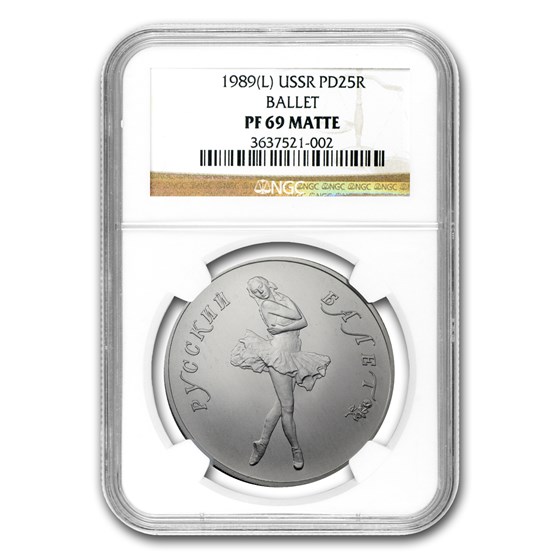 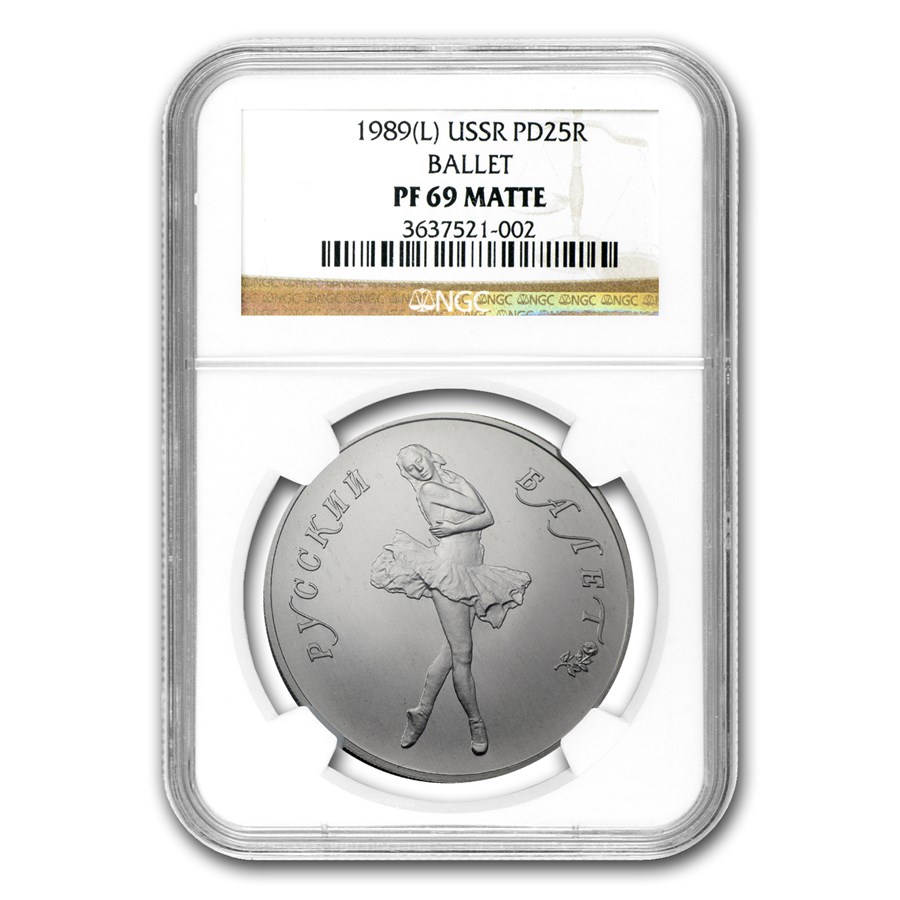 Coin Highlights:
Protect your Palladium Ballerina in style by adding a wooden gift box to your cart.

Palladium Ballerinas were produced to honor the Bolshoi Ballet, which was first brought to Russia from France in the early 1700s and is now an internationally renowned classical ballet company, based at the Bolshoi, which means "big" or "grand" in Russian.

Snatched me a treasure.

Bought this product because it's a rare coin with old Soviet Union markings and an unique Ballet theme. The Matte Proof only makes it, to me, even more rare. I expect it's value to increase with time.