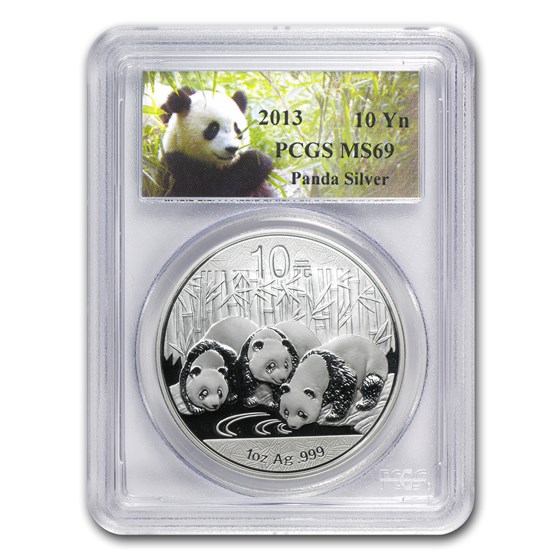 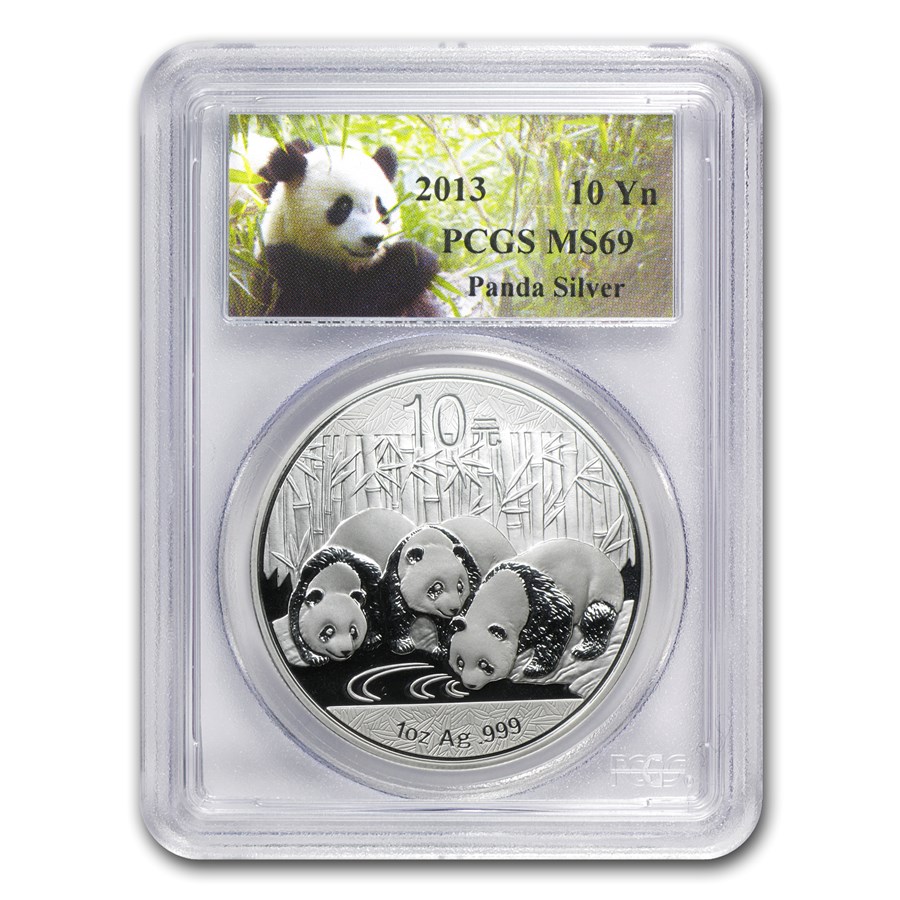 Product Details
Product Details
These coins feature a yearly changing design. The popular Silver Panda series gains even more collectibility with the MS-69 grade from PCGS, one of the top coin grading services.

Coin Highlights:
Display your certified Silver Panda in style by adding a presentation box to your order.

The Chinese Panda series is popular around the world for its unique designs and quality minting. Add this MS-69 1 oz Silver Panda coin to your cart today!

The panda is often compared to the yin and yang because of its black and white spots. The panda's calm demeanor is a demonstration of how, when balanced, the yin and yang are harmonious and peaceful.
Related Searches