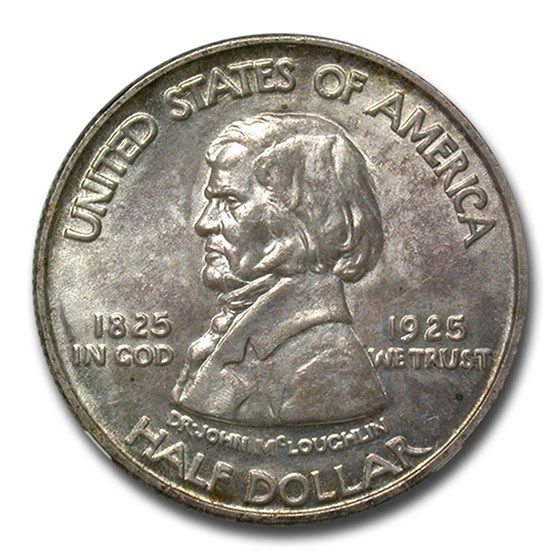 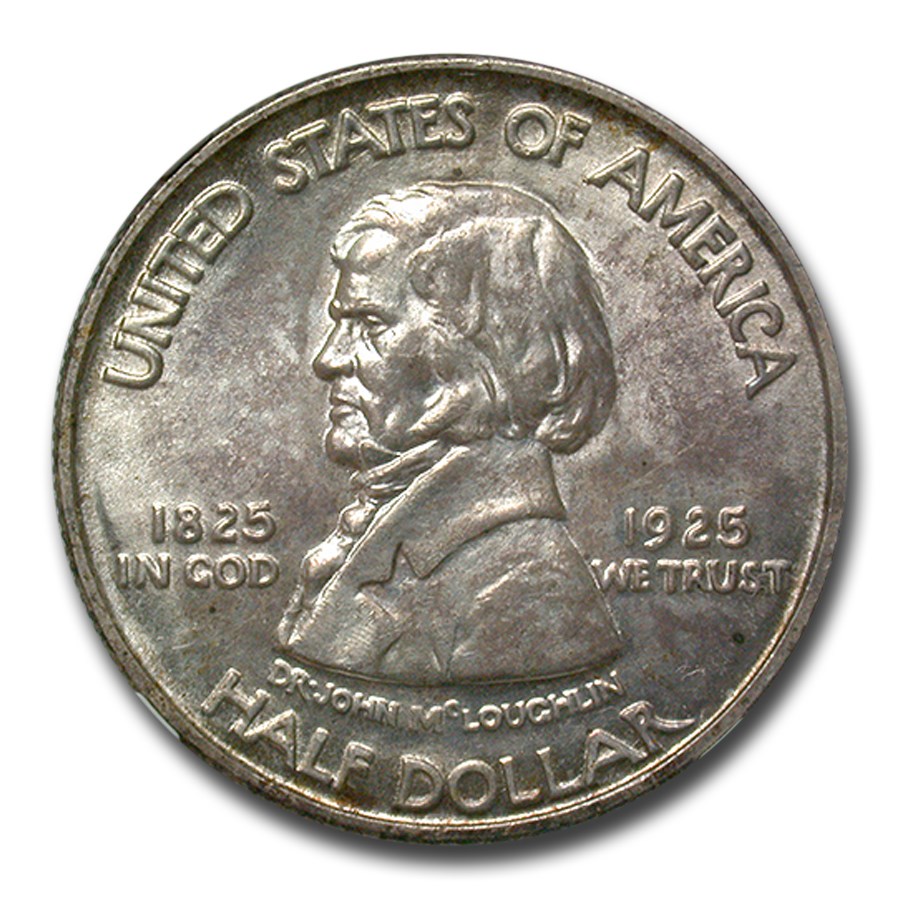 Protect and display your Fort Vancouver Half Dollar in style by adding an attractive display or gift box to your order.

Fort Vancouver was established in the winter of 1824–1825. At that time, the region known as the Columbia District of the Hudson's Bay Company, and increasingly as the Oregon Country to Americans, was jointly occupied by the United States and Britain; a situation agreed to in the Anglo-American Convention of 1818. British interests were represented by the Hudson's Bay Company, which had exclusive trading rights to most of the land that is now Western Canada.

To protect their interests north of the Columbia River, they sought to set up a headquarters somewhere along the northern bank that would secure the area. It would later act as the hub for their fur trading in the Pacific Northwest; replacing Fort George, Fort Astoria, in that capacity as it was on the river's south bank and not as convenient to the inland trade.