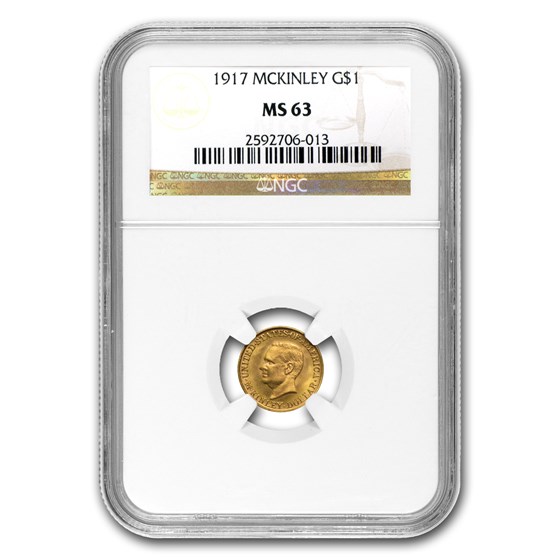 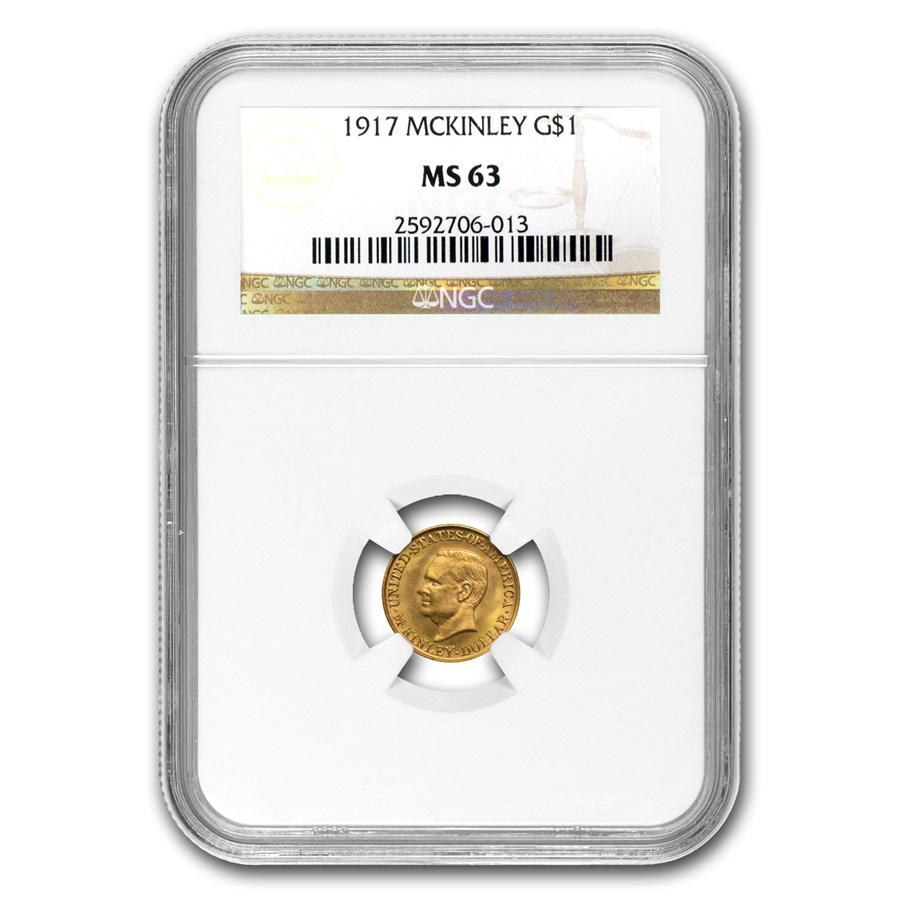 Product Details
Product Details
This 1917 Commemorative Gold has been certified as Almost Unc - 63 by NGC, one of the top two coin grading services, and has a population of only 230!

Coin Highlights:
Showcase your certified Commemorative Gold by adding a presentation box to your order.

Add this 1917 G$1 Commemorative Gold Almost Unc - 63 NGC your cart today!
The 1917 $1.00 Gold Commemorative commemorating the 25th President of the United States William McKinley was designed both by Charles Barber(obverse) and George T. Morgan(reverse). The 1917 McKinley was originally distributed in paper envelopes with "The National McKinley Birthplace Memorial Association, Youngstown, Ohio" imprinted on them. Barber's obverse design was initially intended for the 1903 Louisiana Purchase Gold commemorative, but was turned down at that time. The 1916 and 1917 $1.00 Gold McKinley Commemoratives were issued to offset the costs of erecting a proper memorial for the late President. With an original mintage of only 15,000 coins, many of them were returned to the mint where they were then melted.