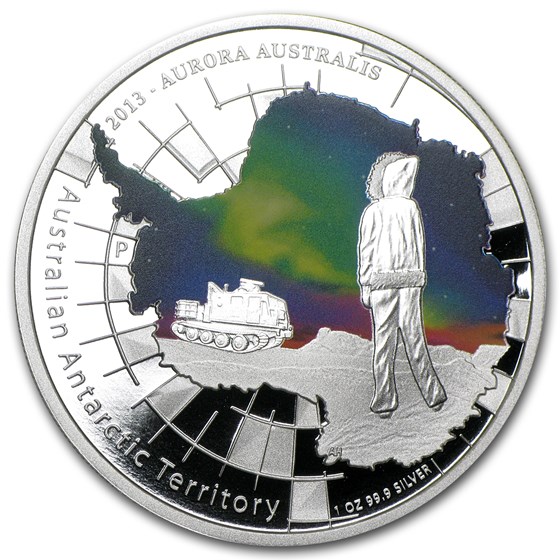 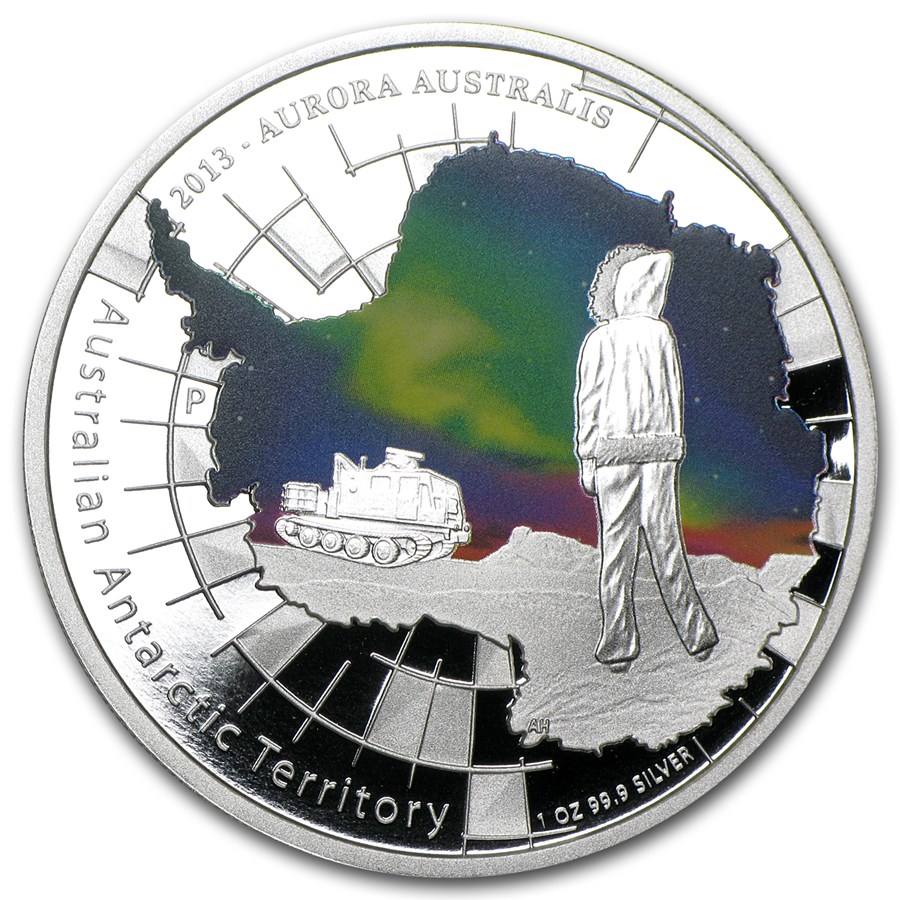 Add this beautiful coin to your cart today!

An aurora is a dramatic display of colored light seen in the night sky above the polar regions. In the Southern Hemisphere this phenomenon is known as the Aurora Australis, or Southern lights. An aurora occurs when charged particles emitted from the sun interact with Earth's magnetosphere. The solar particles stream toward the poles, colliding with atoms of nitrogen and oxygen in the upper atmosphere. Akin to the process that operates in a neon light, the collisions create glowing gases seen as dancing ribbons and arcs of mesmerizing light comprising thousands of colors.