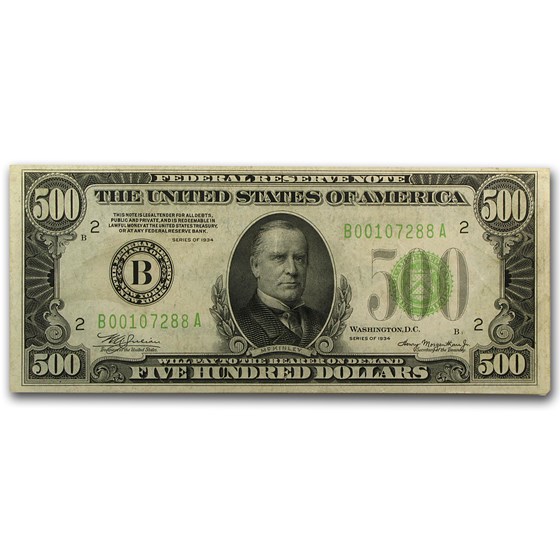 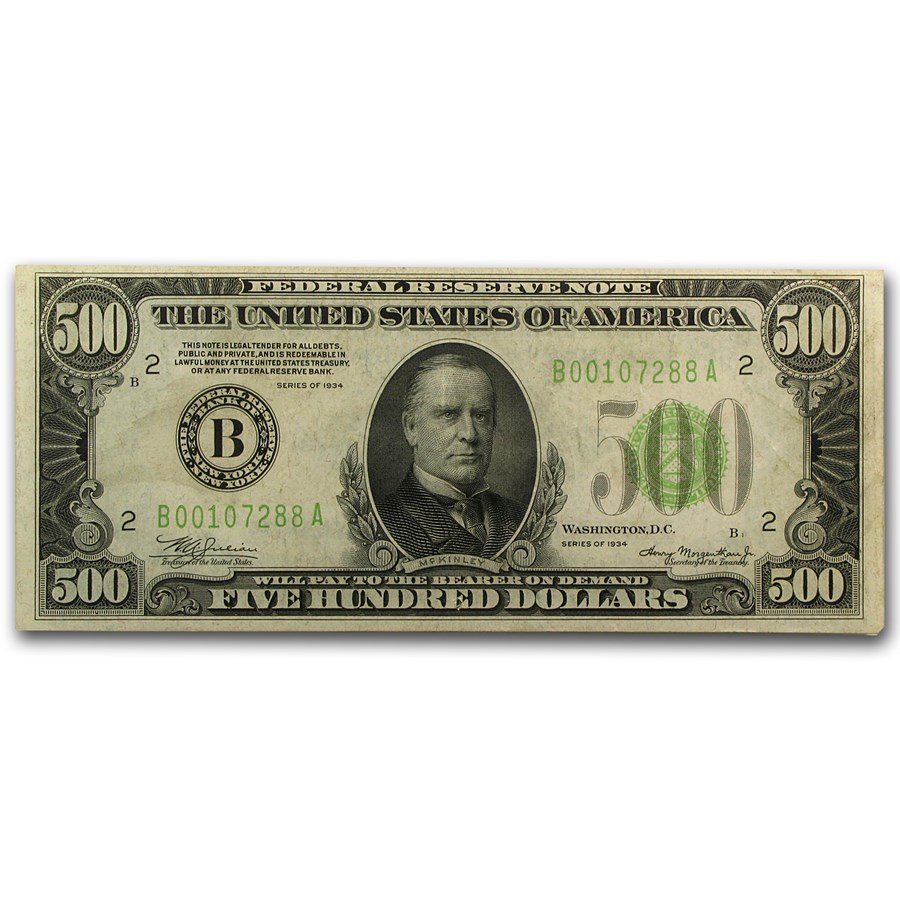 Product Details
Product Details
This $500 Federal Reserve Note is from the 1934 series issued by the New York district. Originally intended for commerce between banks, however, they slowly made their way into circulation and are now highly collected.

Small size $500 Federal Reserve Notes were printed for three different series: 1928, 1934 and 1934A. There are a total of 35 different series/district combinations available. That is 12 different districts from all three series with the exception of Series 1934-A Boston $500s, where none were printed.