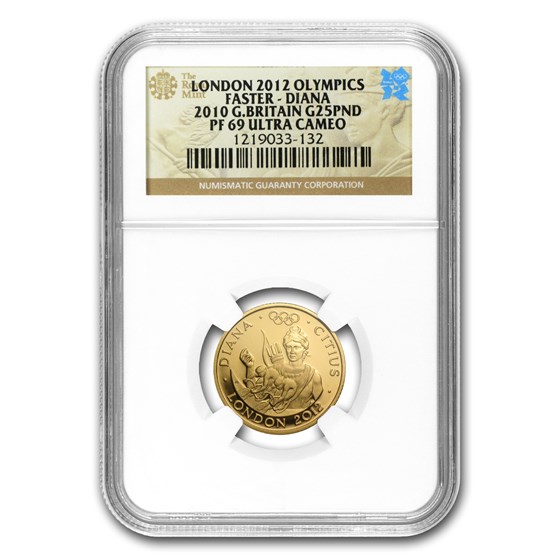 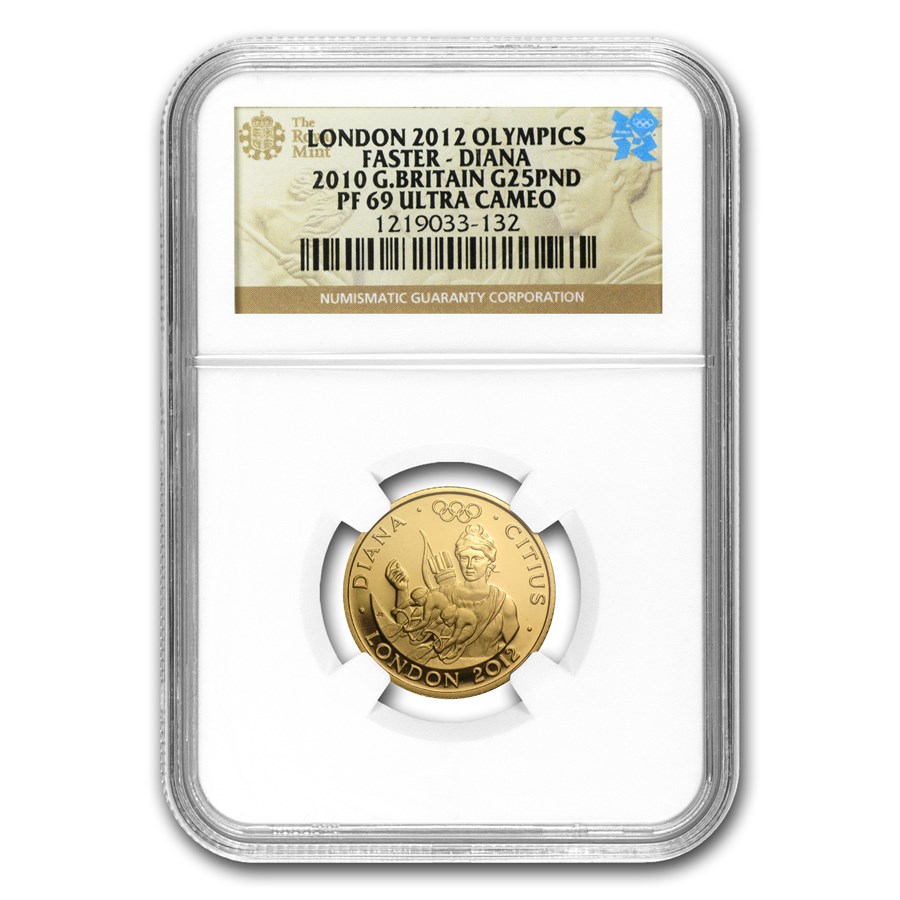 $2,158.09 $2,173.09
As Low As
12% Off The Premium
Product Details
Product Details
The first coin in the "Faster, Higher, Stronger series", this 1/4 oz Gold coin commemorates the London Olympics by depicting Diana, the Goddess of the hunt, with Olympic cyclists.

The Goddess Diana followed and pursued her reward armed simply with a bow and arrows in search of her prey. The Gold coin shows Olympic cyclists as hunters in their own right, as they pursue and chase their reward often stopping at nothing to reach their target, the finish line. The NGC slab protects the Proof-69 grade of this Gold coin.

Coin Highlights:
Protect your coin in style by adding a display box recommended for this coin.