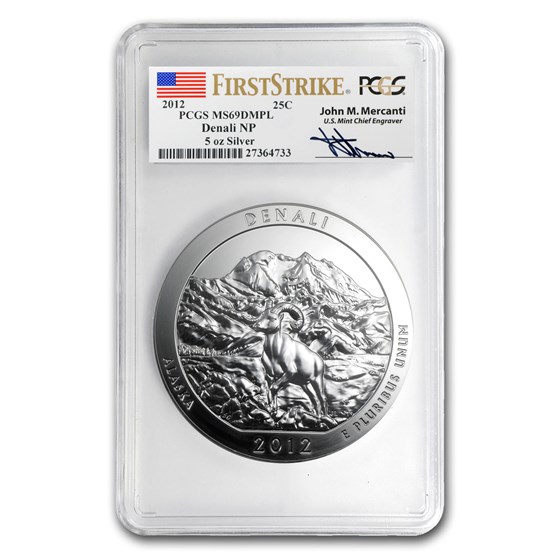 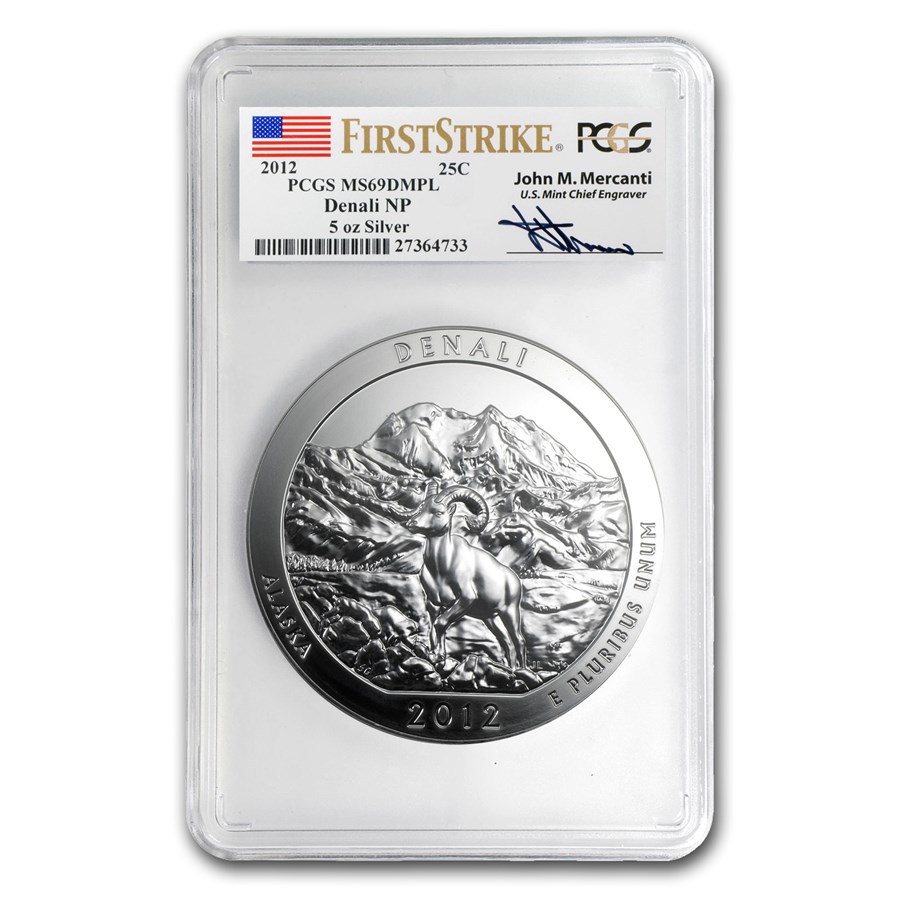 Product Details
Product Details
This Denali ATB is personally signed by John Mercanti, Chief Engraver of the U.S. Mint at the time that the America the Beautiful series was launched. This coin has been graded as Mint State 69 Deep Mirror Prooflike by PCGS, and is also a First Strike!


Protect your graded Silver America The Beautiful coin in style by adding a beautiful display box to your cart.

Established as a national site in 1917, the park was created to protect wildlife populations such as grizzly bears, caribou, Dall sheep and moose. In 1980, the park was expanded from two million acres to its current size of more than six million acres, of which about 16 percent is covered in glaciers. At 20,320 feet above sea level, Mount McKinley (Denali) is the highest mountain in North America and is the third most prominent peak in the world behind Mount Everest and Aconcagua..