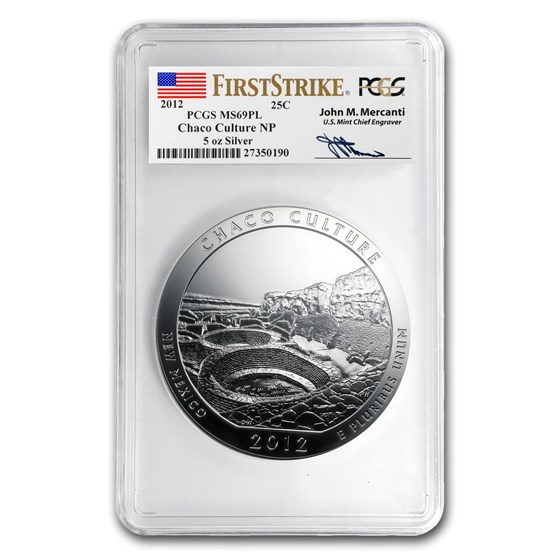 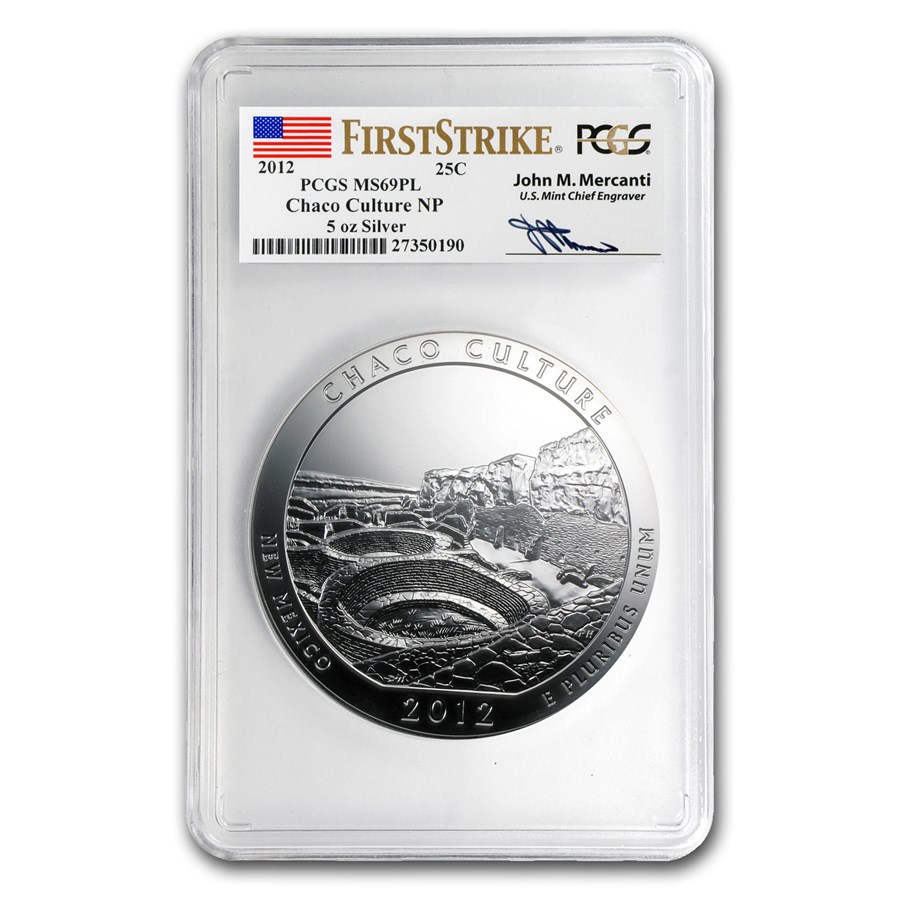 Product Details
Product Details
Low population of just 617 coins graded MS-69 Prooflike by PCGS! Additionally, this label has been hand signed by John Mercanti, Chief Engraver of the U.S. Mint at the time that the America the Beautiful series was launched.

Protect your Silver ATB coin in style by adding a beautiful display box to your order.

The America the Beautiful Silver Coin Series is loved for its unique designs and low mintages. Add this 2012 5 oz Silver Chaco Culture National Park coin to your cart today!

Chaco Canyon in northwestern New Mexico was the cultural epicenter of the ancient Pueblo Peoples between 850 and 1150 A.D. and is today known for its "Great Houses,” distinctive architecture which feature many petroglyphs and pictographs, and kivas, or ceremonial structures. The Chacoan sites are a part of a larger network of Native Americans which included the Pueblo, Hopi and Navajo tribes. The canyon was the center of a system of communities linked across 40,000 square miles in the American southwest.
Chaco Canyon was first established as a national site on March 11, 1907. The reverse of this Silver coin illustrates two of the elevated kivas that are part of the Chetro Ketl Great House as well as the north walls of both the Chetro Ketl and the canyon.