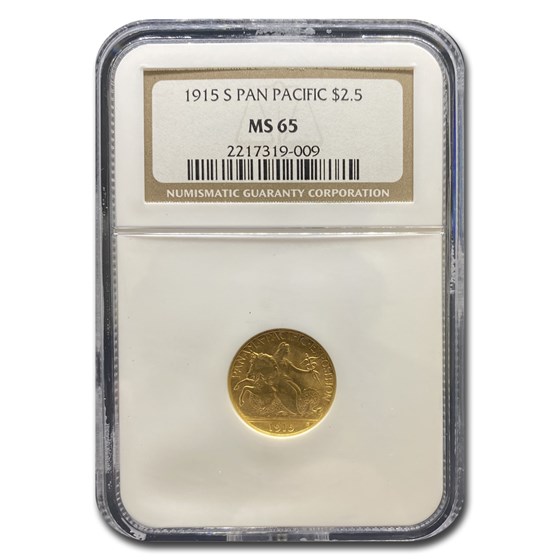 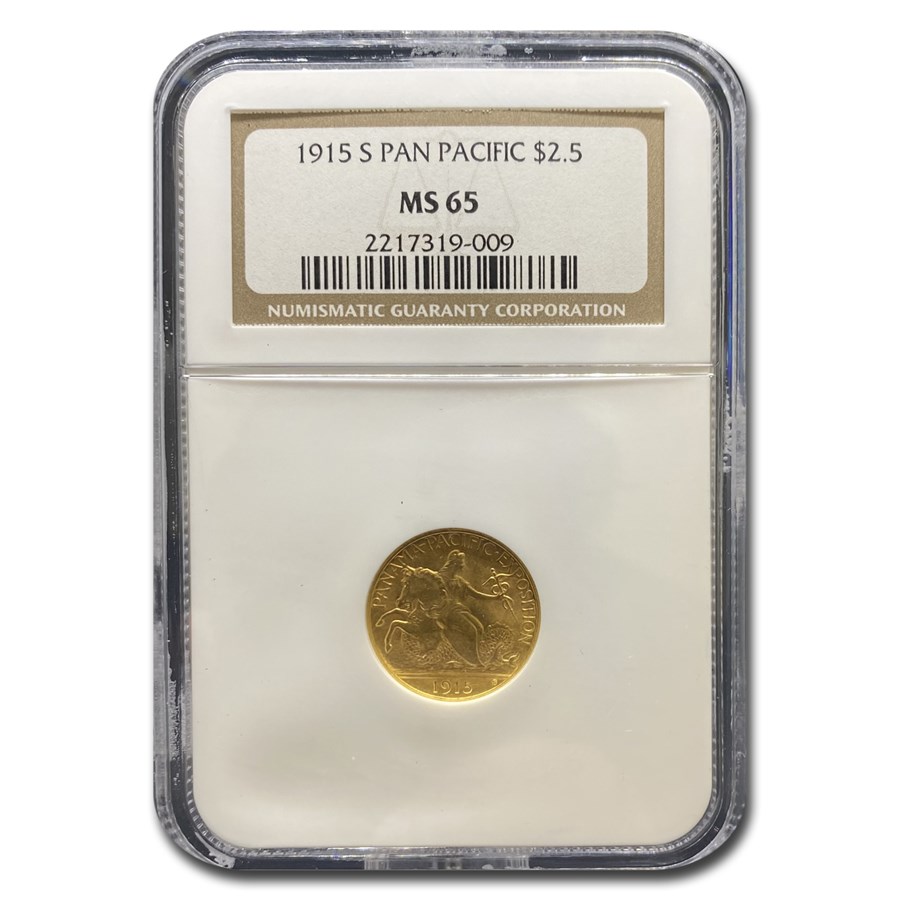 Product Details
Product Details
This 1915-S Commemorative Gold has been certified as MS-65 by NGC, one of the top two coin grading services, and has a population of only 495 coins!

Coin Highlights:
Showcase your certified Commemorative Gold by adding a presentation box to your order.

Panama-Pacific International Exposition commemorative coins have such an attractive design they are always in demand. The Exposition itself was set up near the Marina in San Francisco, and the colonnade at the Exploratorium still exists today. The 1915-S Panama-Pacific, or 1915-S Pan-Pac as it is affectionately known, commemorates celebrating recent events such as the rebuilding of San Francisco after the 1906 earthquake, as well as the building and opening of the Panama Canal, which was completed in 1914.

Both events symbolized a rebirth of sorts for many residents of San Francisco. This coin displays Columbia, holding a caduceus in her left hand to commemorate the Army Medical Corps' victory of the deadly malaria outbreak that took place during the time of the Panama Canal being built. Its reverse depicts an eagle striding atop a column. This coin is one of only two Quarter Eagle coins issued in the classic commemorative series and by far the more scarce and elusive.