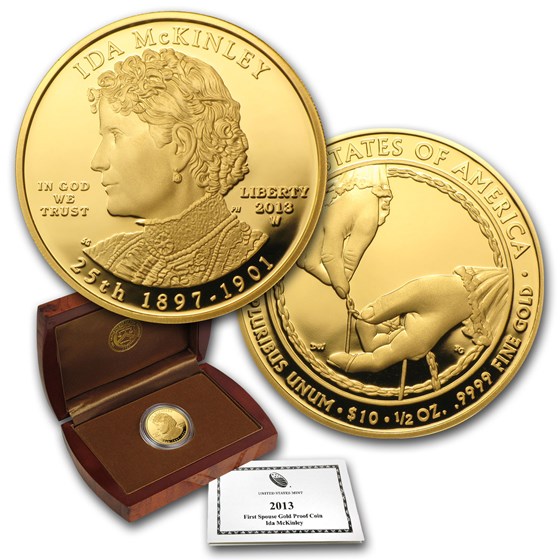 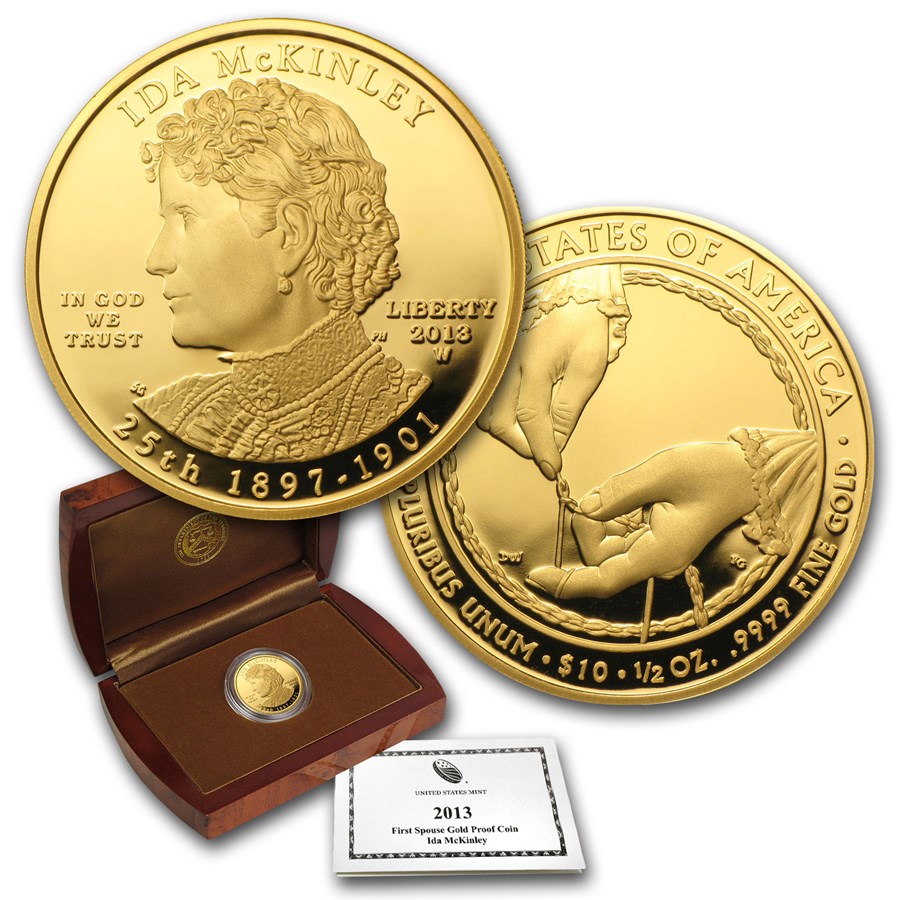 Coin Highlights:
This series of coins honors Presidential First Ladies who have added so much to our country. Add this 1/2 oz Gold Coin to your cart today!

Born in 1847 to a well-to-do family, Ida McKinley worked at her father's bank as a cashier, a position normally filled by men. She met William in 1867 and they married 4 years later in January 1871. Soon after the loss of her children Katherine and Ida, in 1875 and 1873 respectively, her health began to deteriorate as she developed epilepsy and became completely dependent on her husband. William loved her devoutly and cared for her so much that he insisted he be seated next to her during state dinners, which at the time was very untraditional. Her normal day consisted of her hobby of crocheting slippers, as represented by the reverse design of this Gold coin.