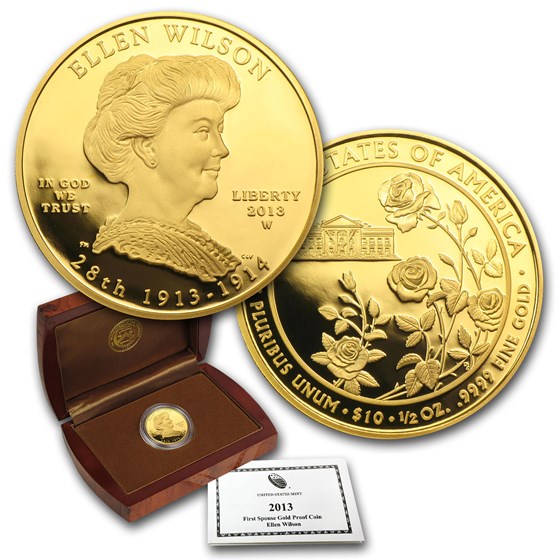 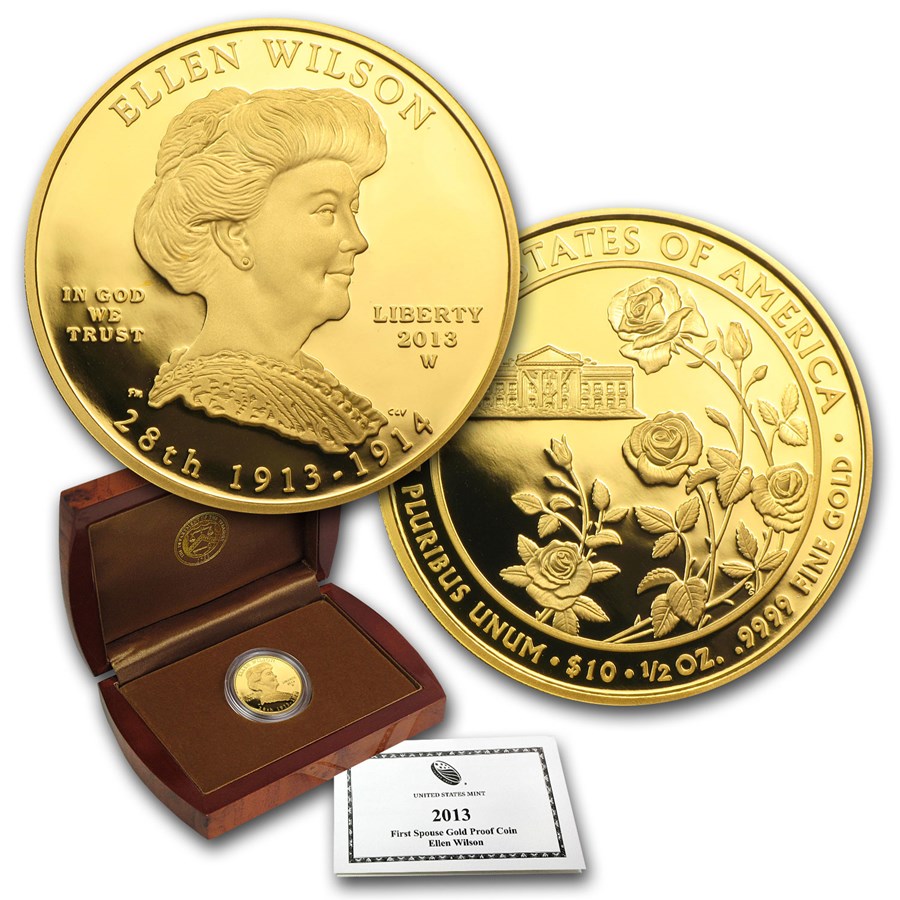 $2,087.69
As Low As
Product Details
Product Details
First Ladies have made many contributions to their husband's presidency. This First Spouse release pays tribute to the accomplishments of Ellen Wilson.

Coin Highlights:
This series of coins honors Presidential First Ladies who have added so much to our country. Add this 1/2 oz Ellen Wilson Gold coin to your cart today!

Ellen Axson was the first wife of President Woodrow Wilson, whom she first met when she was a baby and Woodrow was three years old. The two met again in 1883 when Woodrow visited his cousin in Georgia and he proposed just five months later. They wed in 1885 and had three daughters, Margaret, Jessie and Eleanor.

Ellen was a descendant of slave owners and spent much of her time improving the capital's largely black slums. Using her power, her voice carried over to debutantes and congressmen who passed a remedial bill shortly after her death. Ellen died of Bright's disease in the White House in August 1914. She asked her physician to tell Woodrow to marry again the day before she passed. Woodrow would marry Edith Bolling in December 1915.