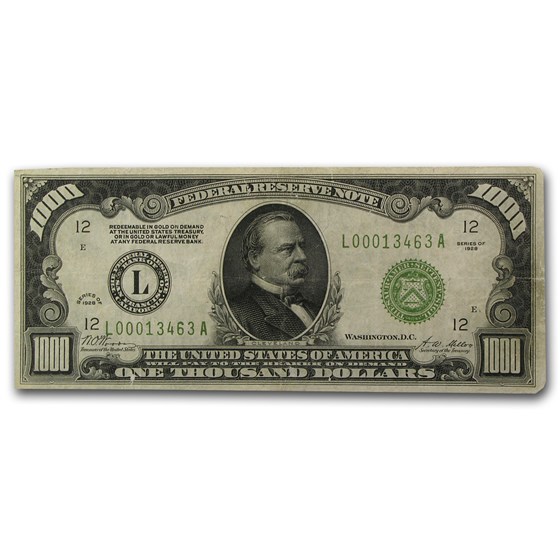 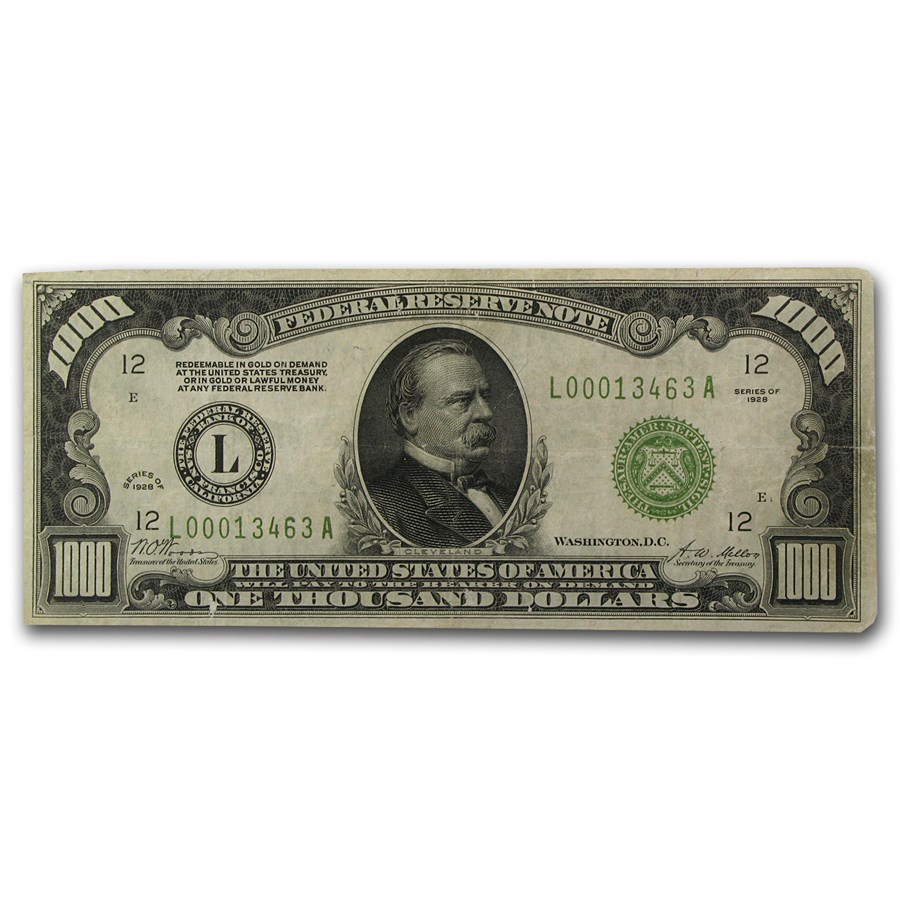 Product Details
Product Details
This series 1928 $1,000 Federal Reserve Note is from the tough San Francisco district. These 1928 notes are much harder to find than their series 1934 counterparts.

Currency Highlights:
The rare occasions for private use of this high denomination bill could be for a large transaction, such as a down payment on a house. Add this great collector’s item to your cart today!