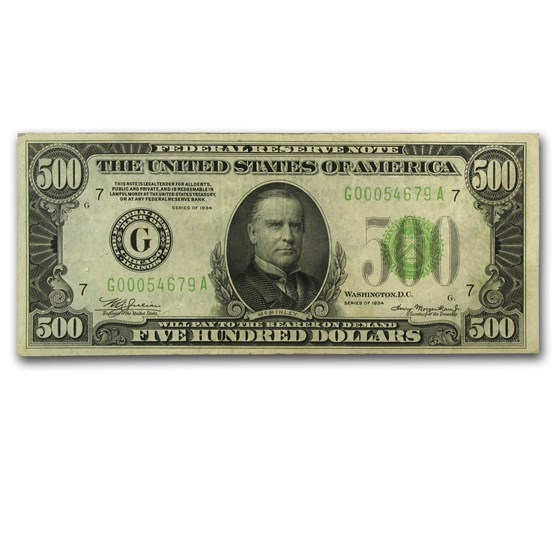 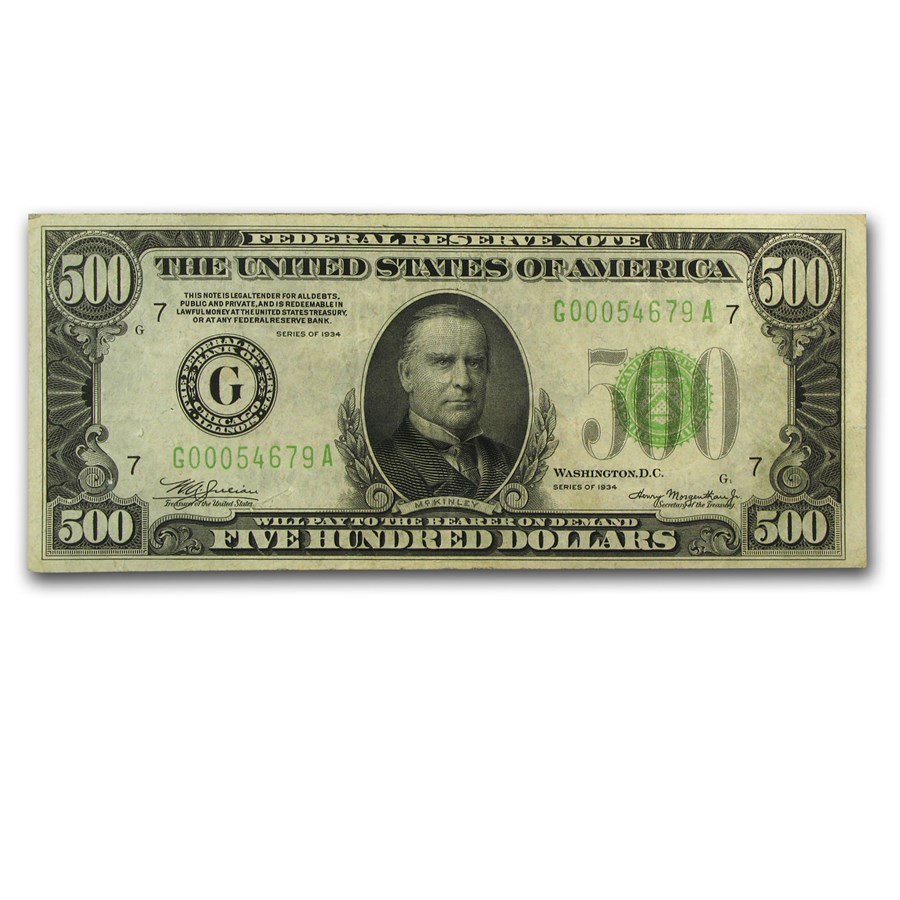 Product Details
Product Details
Series 1934 $500 Federal Reserve Notes from the Chicago district, at this level of preservation, are difficult to obtain. Nice example for a large denomination currency type set!