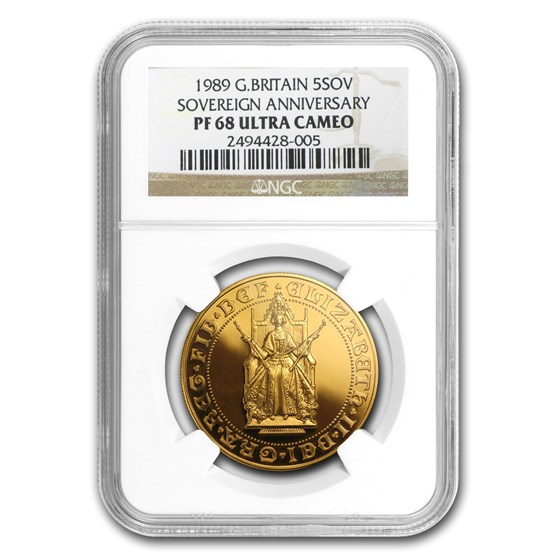 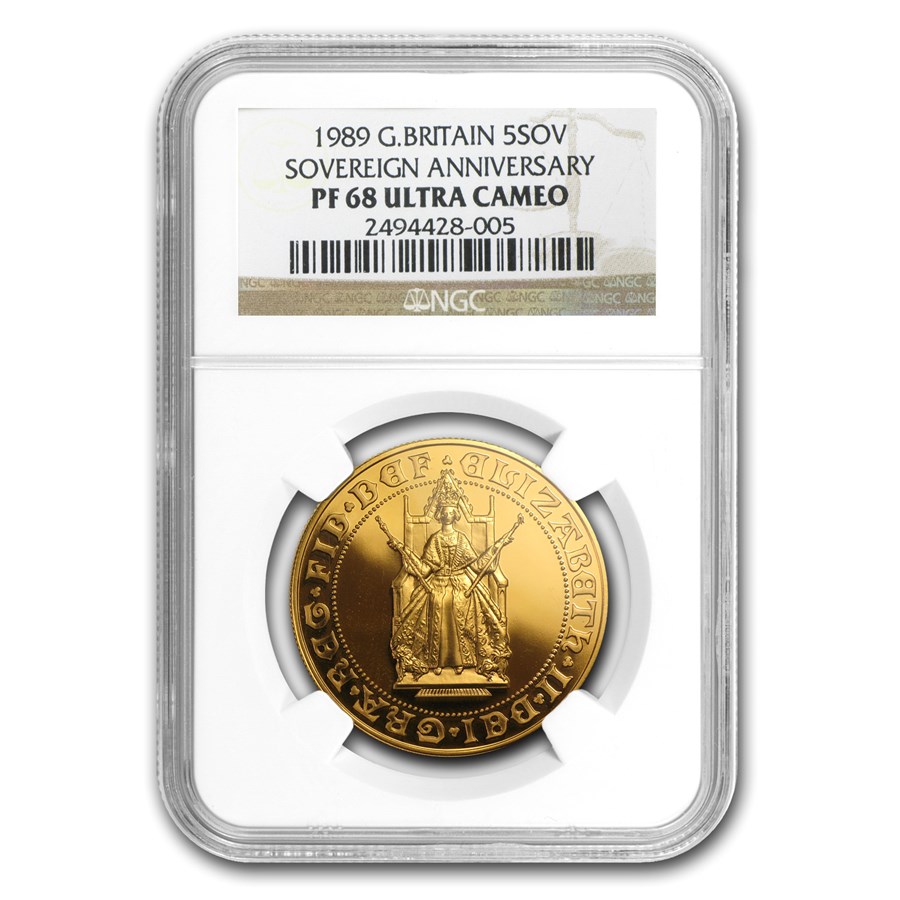 Certified Gold 5 Pound Quincentary of the Sovereign!
This one-year-type Gold coin was produced by the The Royal Mint to commemorate the 500th anniversary of the issuance of the first sovereign in 1489. This famous Gold coin was first authorized by King Henry VII and since it carried his likeness on the obverse, it came to be known as the Sovereign.

This 5 Pound coin has a Gold content of 1.1775 ounces, and like its smaller cousins, this coin has a modern adaptation of the original design. The obverse shows Her Majesty Queen Elizabeth II seated as at her coronation, surrounded by the inscription “Elizabeth II Dei Gra Reg Fid Def” which translates to “Elizabeth II, by the grace of God, Queen, defender of the faith.” The reverse is a Shield of the Royal Arms topped by a Royal Crown, with the whole image superimposed upon a double rose. Around the outside of the reverse is the inscription “anniversary of the Gold Sovereign, 1489-1989.” This large Gold coin has a limited mintage of just 5,000 Proofs, so get this one while it lasts!
NGC has graded this example as a Proof 68 Ultra Cameo! Listed in Krause as KM#958.