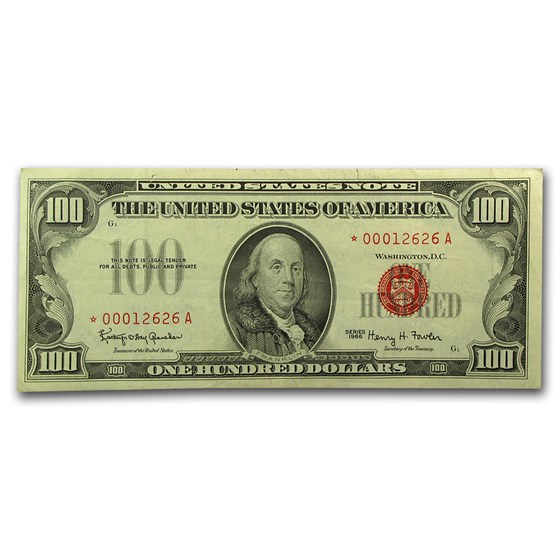 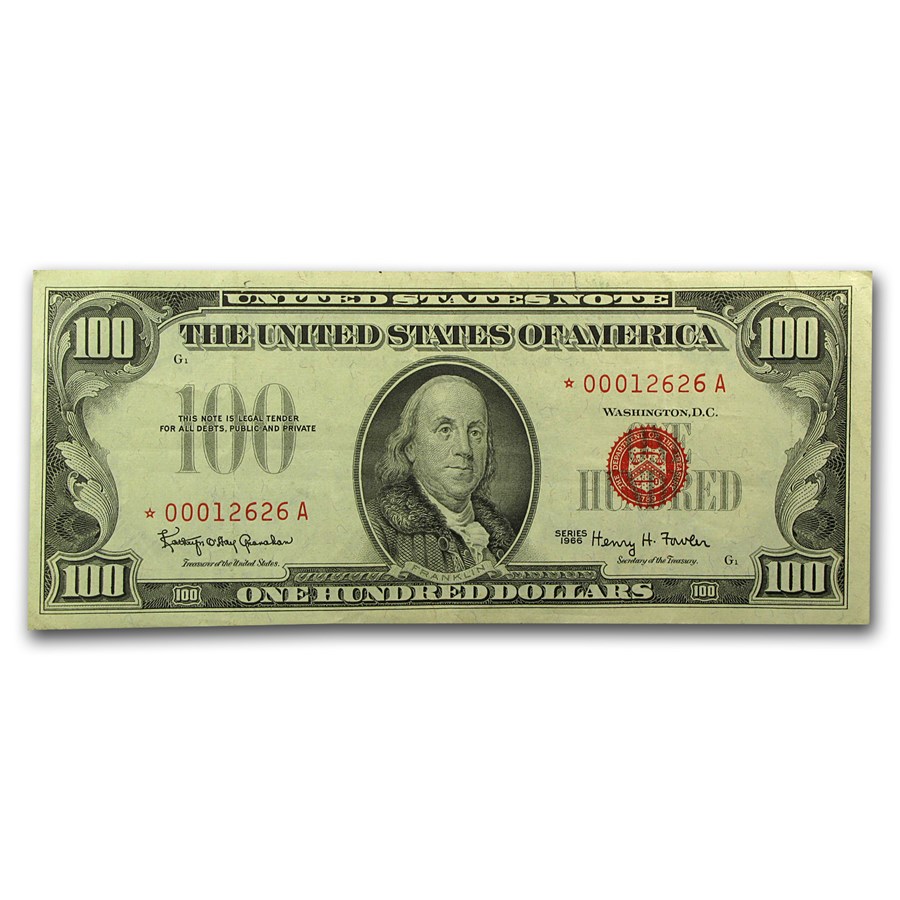 Key $100 Red Seal!
Series 1966 $100 United States Note!Star ★ Notes
Also referred to as Legal Tender Notes, these replacement bank notes, which were printed to replace faulty notes, contain a star (*) in the serial number to mark them as such. They are quite scarce as only 128,000 were originally printed, and they are highly sought after by collectors. These 'C' notes were the last of this type printed, and circulated freely until the mid to late 1970's. Nice solid Very Fine condition.