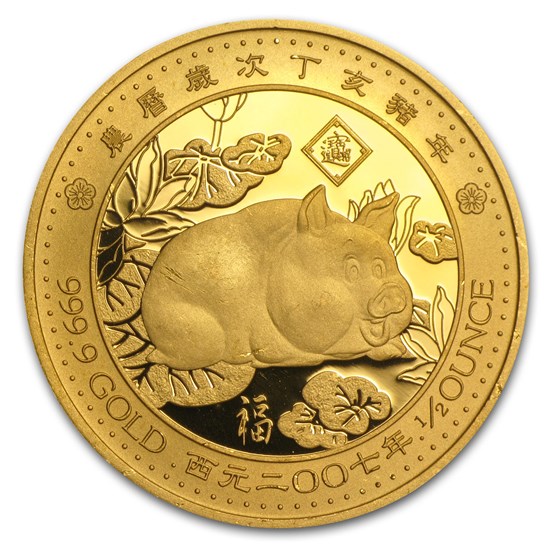 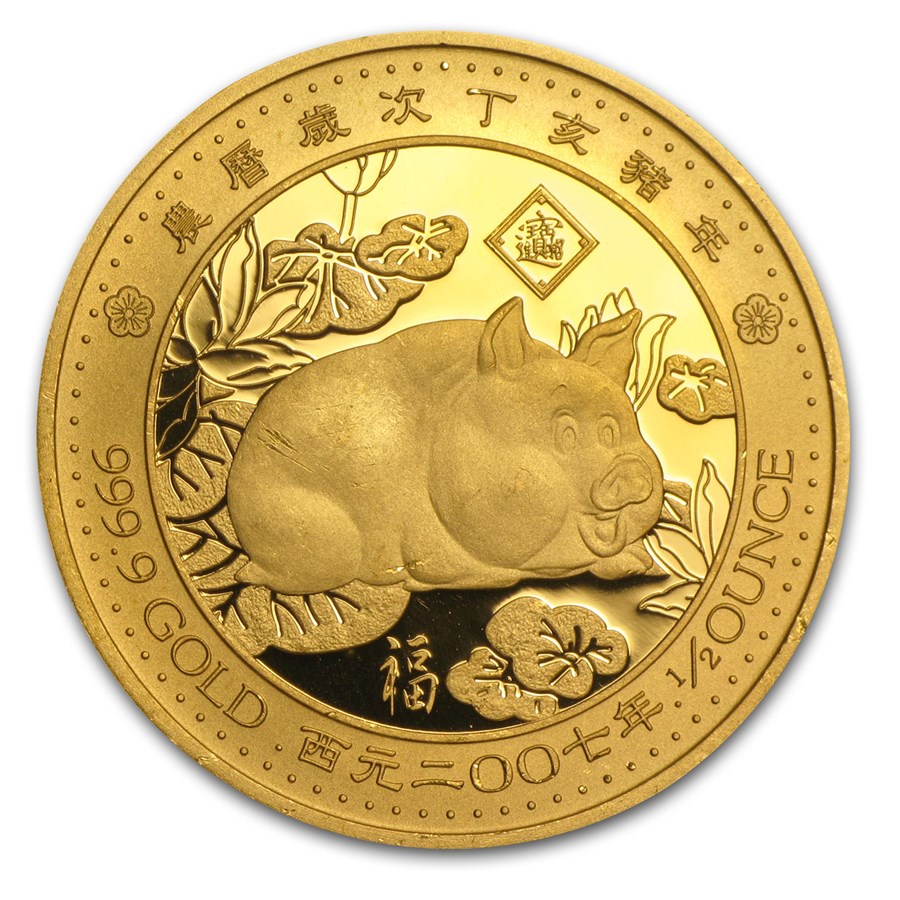 Your purchase will match the quality of the product shown. Dates will be of our choosing and may or may not vary, determined by stock on hand.
Product Details
Product Details

Wonderfully Appealing!
This 99.99% Gold coin from the Republic of Palau showcases the Chinese Zodiac calendar. Each 1/2 oz Gold coin is issued as legal tender for 50 Dollars under the authority of the government of Palau. The reverse of each coin depicts a different animal (Pig, Horse, Snake, etc). The frosted design appears on a shiny background, which includes the monetary denomination. Dates and types will be of our choosing.

Palau, an island nation in the Pacific Ocean, is 500 miles (800 km) east of the Philippines and 2,000 miles (3,200 km) south of Tokyo. In 1978, after three decades as being part of the United Nations trusteeship, Palau chose independence instead of becoming part of the Federated States of Micronesia. A Compact of Free Association was approved in 1986 but not ratified until 1993. It was put into force the following year, making it one of the world's youngest and smallest sovereign states. Palau became fully independent in 1995.