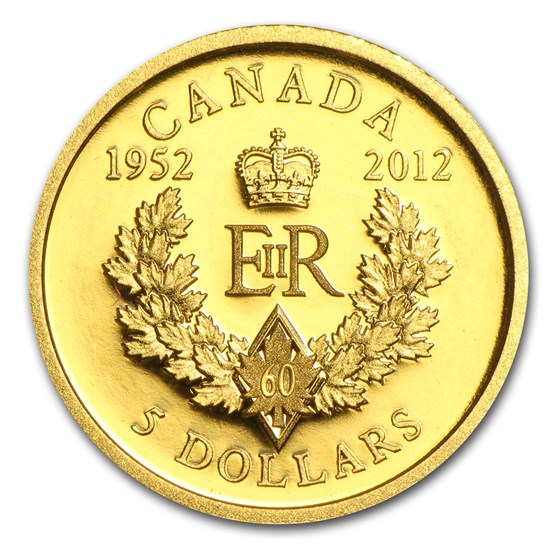 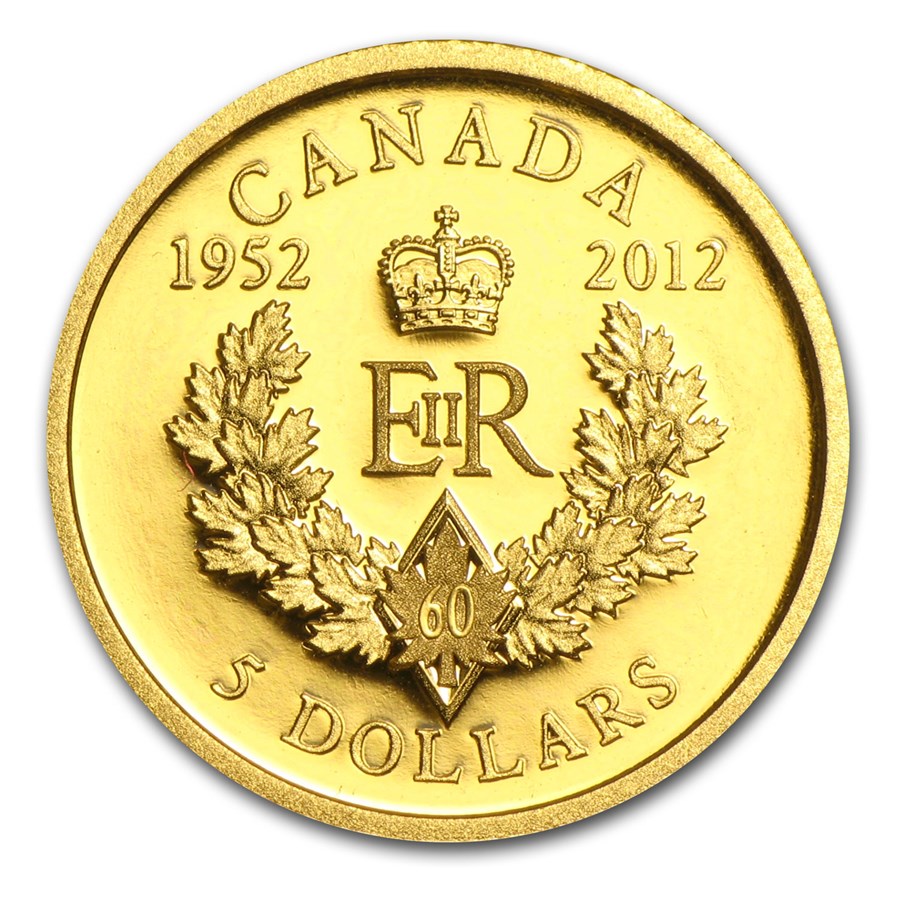 Mintage of only 7,500 coins!
This coin features a frosted cameo engraving of Queen Elizabeth II's official royal cypher, surmounted by a crown and flanked by a garland of maple leaves and the number 60. A royal cypher is a monarch’s identifier, much like a coat of arms. Cyphers have been used by British royals since the time of Henry VIII. They generally feature the monarch’s initial and titles, often beneath a symbol of rule, such as a crown. Unlike monograms that interweave letters, royal cyphers display each letter distinctly.

The Royal Cypher is imprinted in the insignia of orders, decorations, medals and on badges. In Canada—a constitutional monarchy that recognizes Her Majesty as its head of state—it is common for this cypher to be surrounded by a wreath or garland of maple leaves, symbolizing the unique union of the Queen’s power and the sovereignty of the Canadian people.