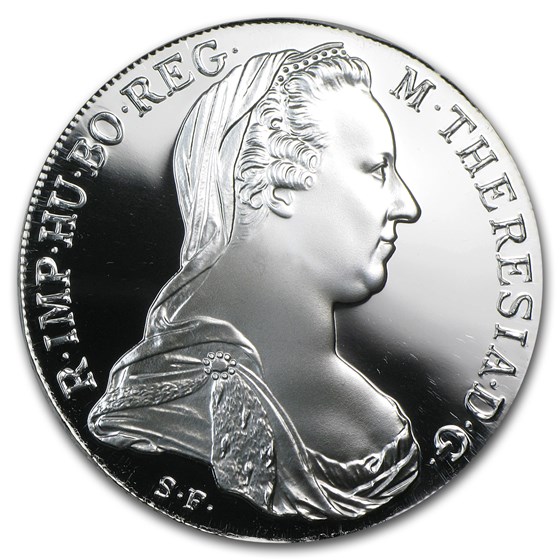 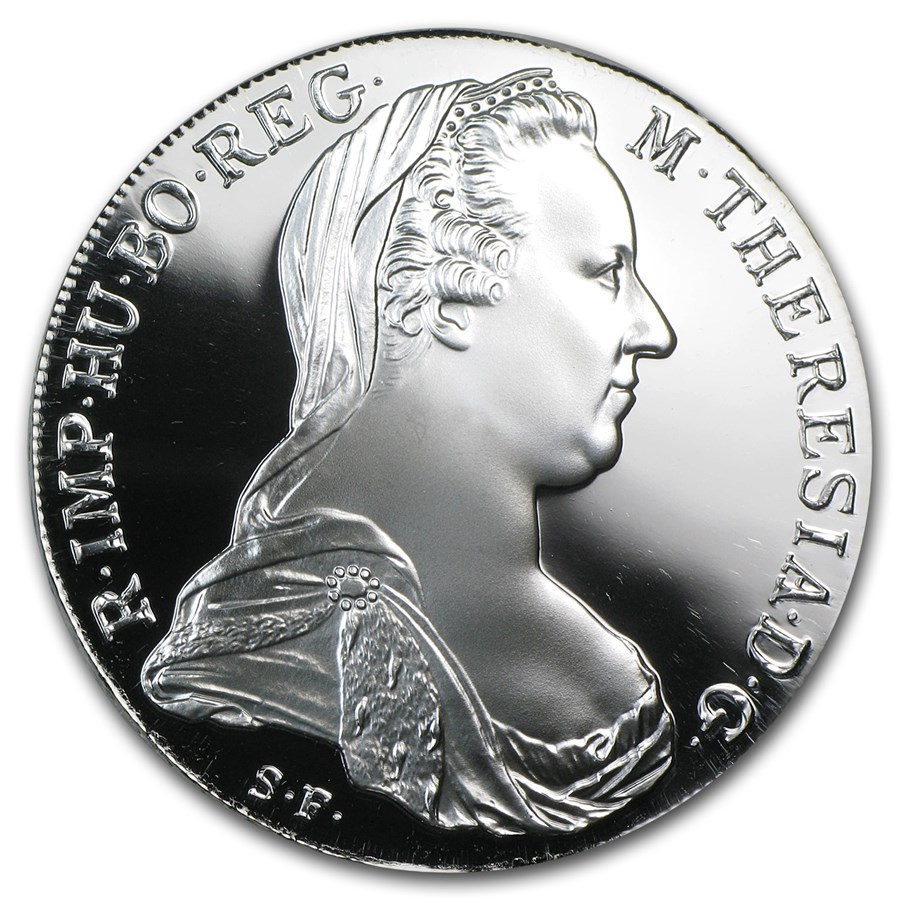 Beautiful Proof Thalers! Each coin contains .7516 oz of pure Silver!
These are re-strikes of the famous Maria Theresa Thaler.
These beautiful coins come from the world renowned Austrian Mint, and are striking Proof examples.
Maria Theresa succeeded her father, Charles VI as ruler of the Kingdoms of Austria and Hungary in 1740. During her 40 year reign, she defended her empire successfully in the War of Austrian Succession. The Silver Thaler was the currency of the empire and its dominions. This coin was one of the most important trade coins in Europe, and one of the best known in the world. The Austrian Thaler and the Spanish 8 Reales were the basis for the Silver dollar which was adopted by the fledgling United States under the mint Act of 1792. In fact, the word "dollar" is derived from the German/Austrian word "Thaler".
Each of these examples comes in its own protective capsule.

I purchased this proof coin because it was a restrike of a 1780 coin which had lots of historical significance. The reverse of the queen's portrait has both a shiny lustre next to a dull finish...quite lovely. The state seal on the obverse has wonderful detail and even the edging of this proof has a design element to it...well done.