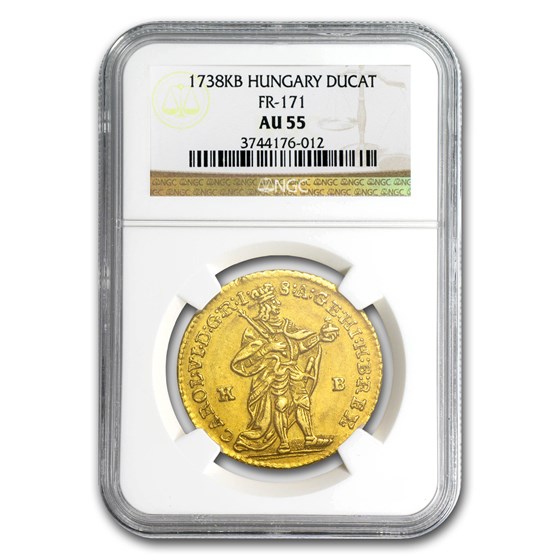 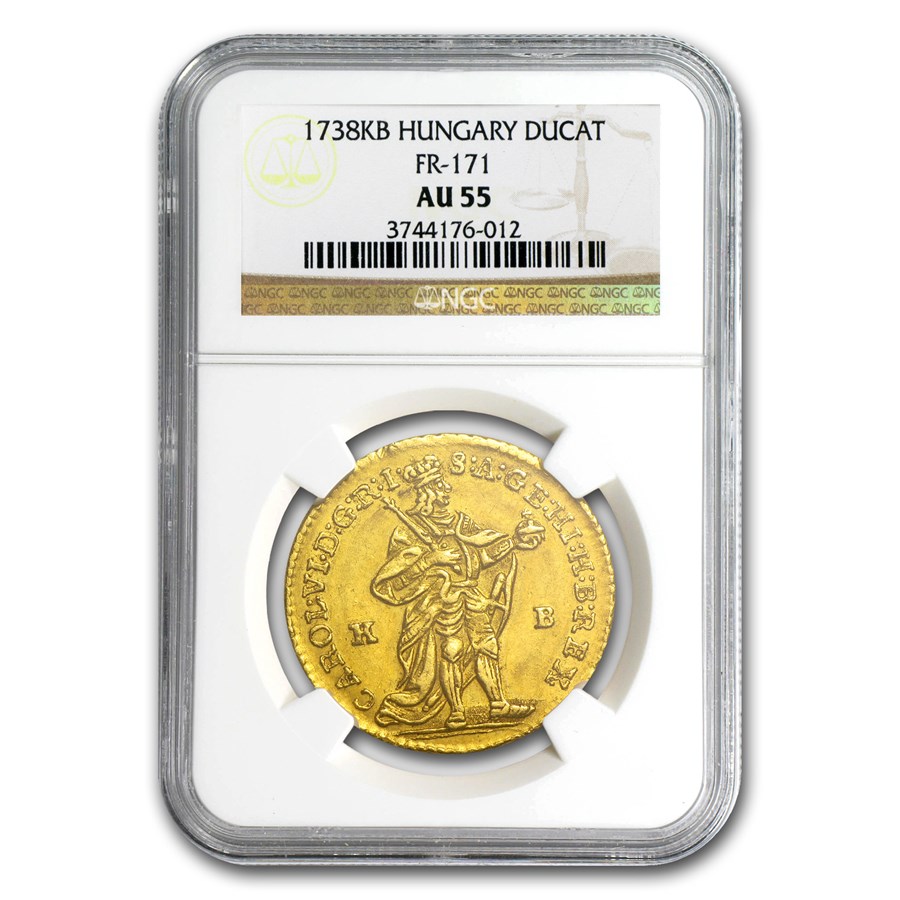 Hungarian 18th century Ducat!
Full length depiction of Charles VI, King of Hungary appears on the obverse of this rarely encountered Gold issue. Depicted on the reverse is a rendition of the Madonna and child. This coin was struck when Hungary was part of the Hapsburg empire, and Charles VI was the father of Maria Theresa! Graded AU-55 by NGC. Listed in Krause as KM#306.2.