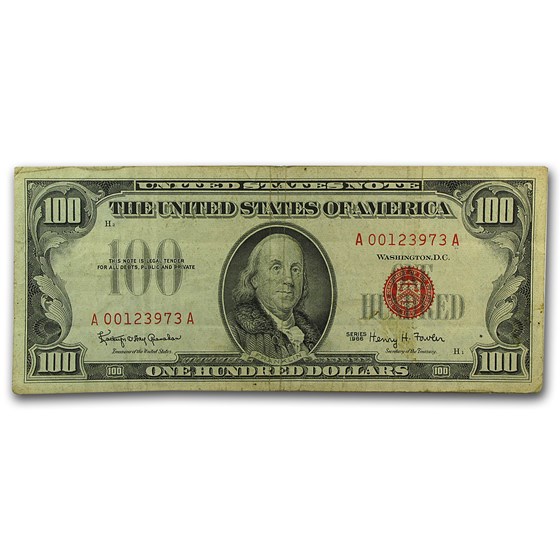 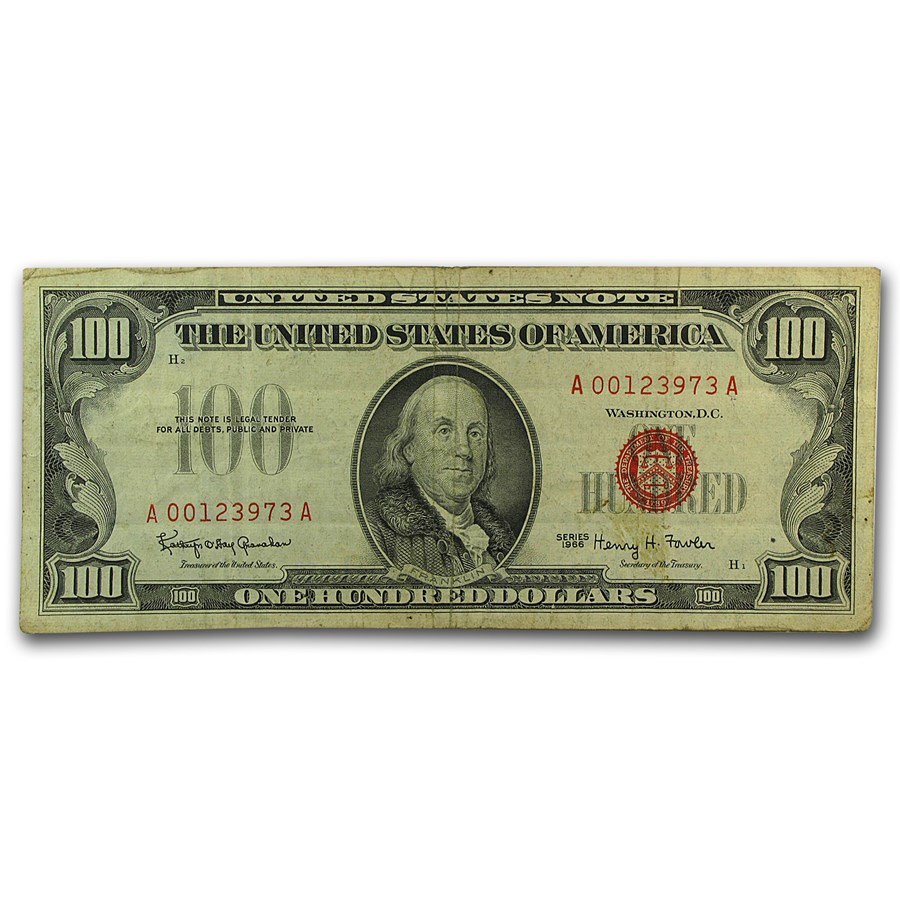 Your purchase is guaranteed to match the quality of the product shown. It will not be this exact item.
Product Details
Product Details
Last of the Legal Tender type to be issued! This series 1966 $100 United States Note is a tough to find Legal Tender issue as just over 3/4 of a million notes of this series were printed.

Currency Highlights: Add some of these great conversation pieces to your cart today!

United States Notes were adopted for circulation during the Civil War in 1862 in denominations from One through One Thousand Dollars. The $100 denomination did not carry over when the switch was made to small size notes in 1928. The first issue came in 1966 and continued until the early 1970s when this type was discontinued. Although they are still legal tender, their red seals and serial numbers and competitive prices make them great collector’s items.