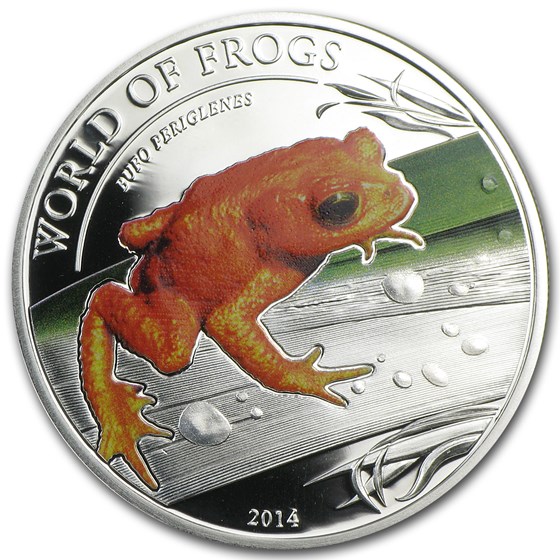 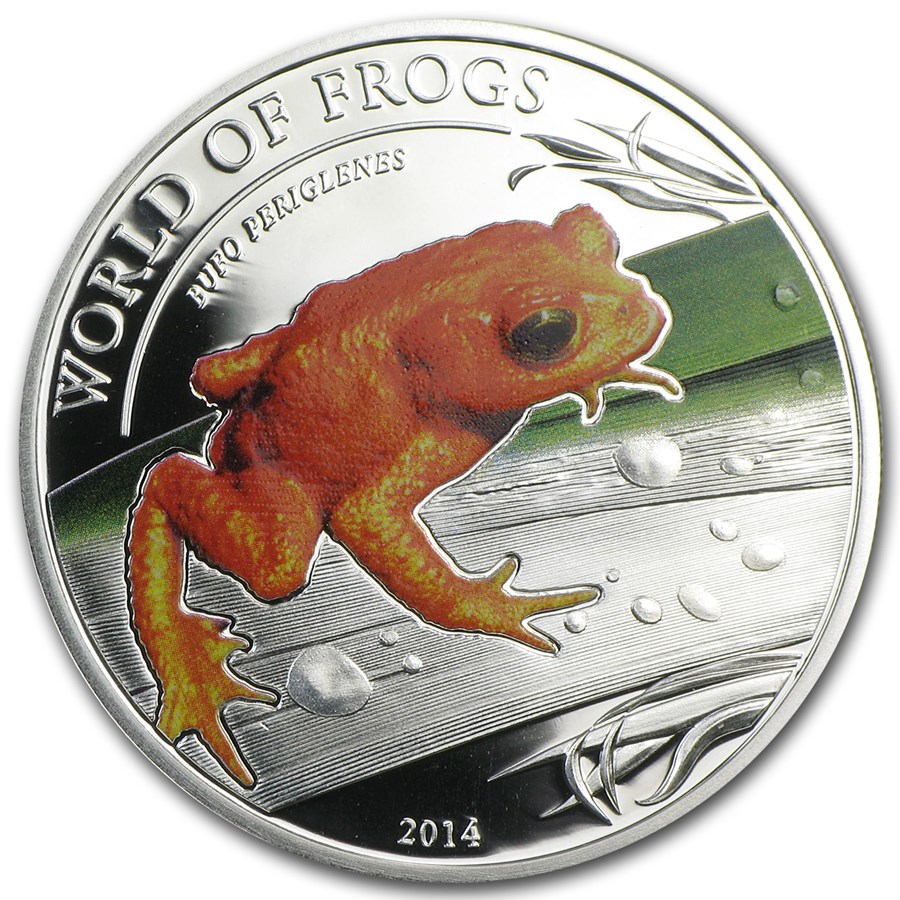 Mintage of only 1,000 coins!
This colorful .925 fine Silver coin depicts the Bufo periglenes Frog, whose common name is golden frog. On May 15, 1989 a single male was found and not a single one has been reported seen anywhere in the world since. The golden frog has been classified by the International Union for Conservation of Nature as an extinct species. Silver coin comes with original capsule and certificate of authenticity.