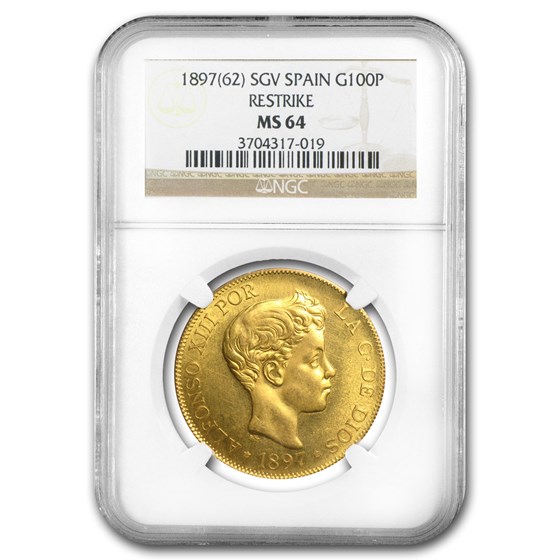 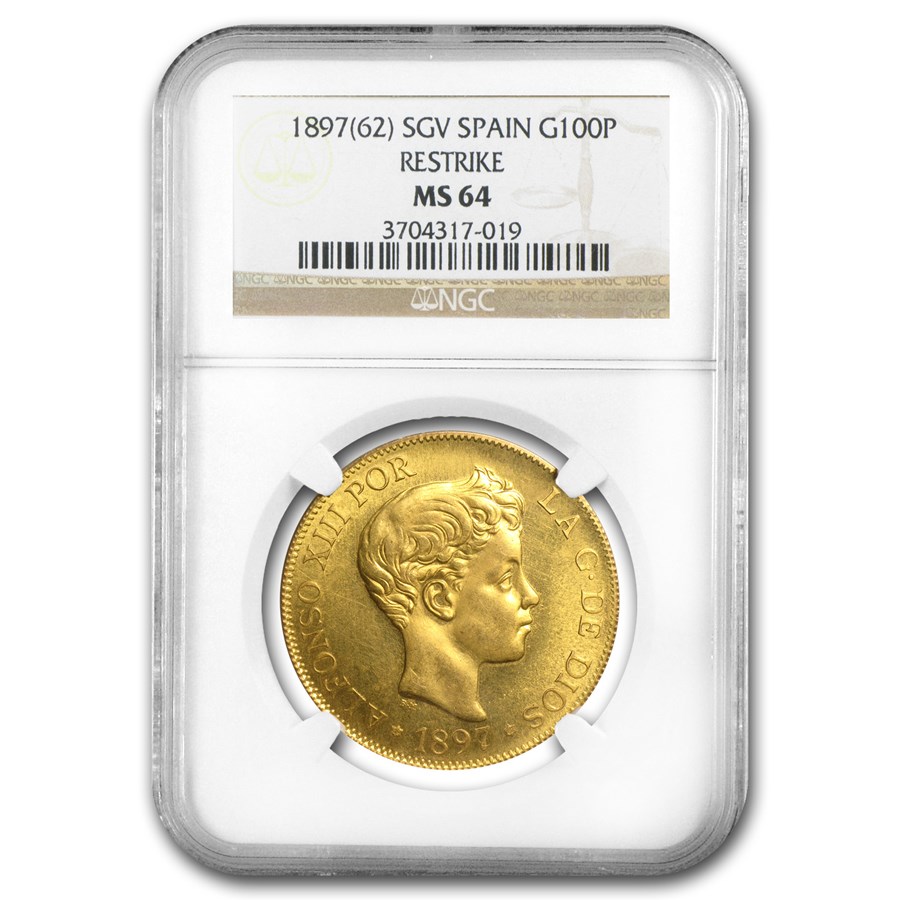 Only 5 coins graded higher!
King Alfonso XIII appears on the obverse of this large 19th century Spanish Gold coin. If his likeness appears young, it is because he was King of Spain at birth, as his father, Alfonso XII died 6 months previously. Crowned arms make up the reverse design. Gold content is .9334 of an ounce. Only 6,000 of these re-strikes were made! Graded Mint State 64 by NGC with only 5 examples grading higher in their census. Listed in Krause as KM#708.

I was looking for this coin for a while. It is the best deal I could find. Too bad the bullion prices went down a lot 1 week after I bought it. I would highly recommend APMEX to everyone.