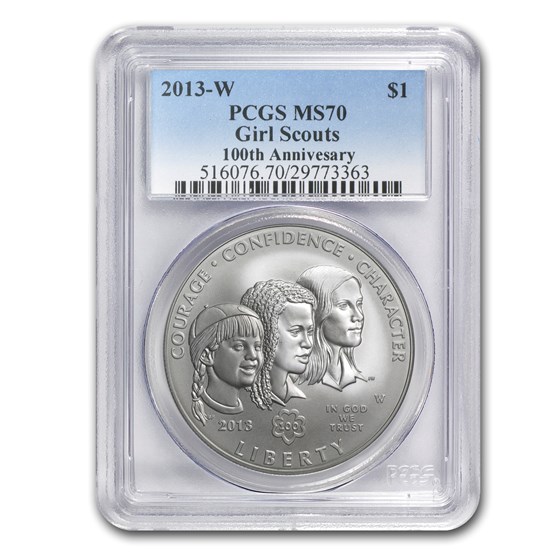 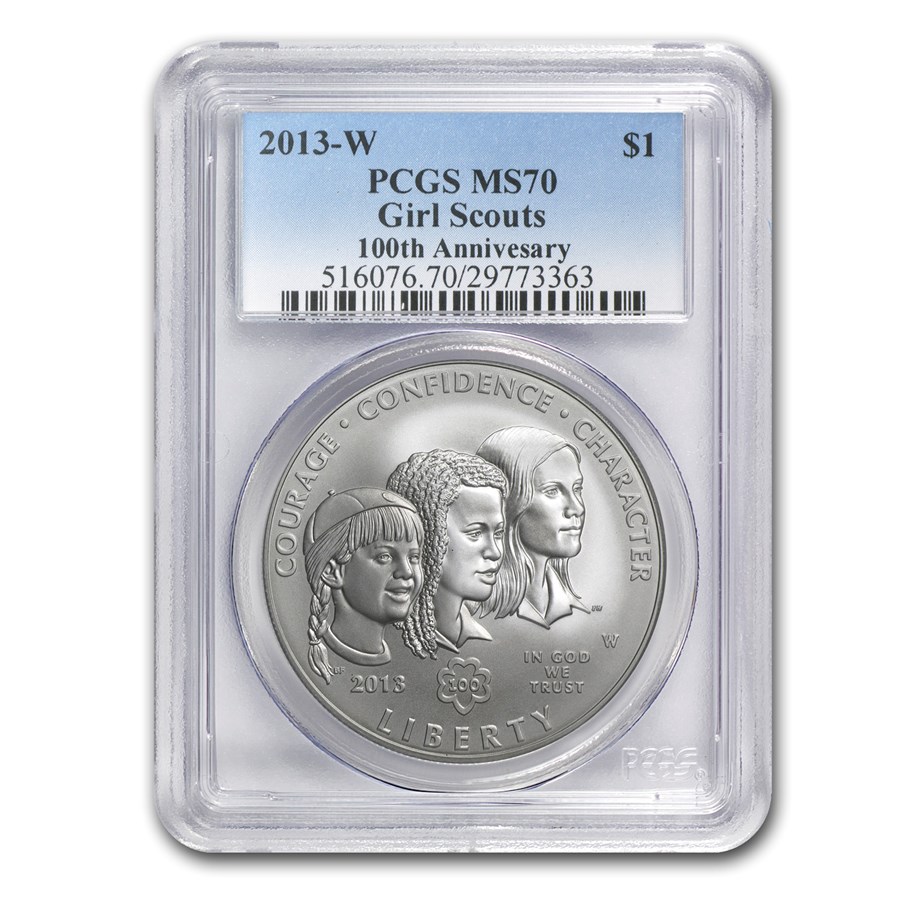 The Girl Scouts of America began on March 12, 1912 by Juliette Gordon Low who organized the first two troops in Savannah, Georgia. With over 3.7 million members and over 236,000 troops, the Girls Scouts of America are known throughout the United States and are a symbol of "Courage, Confidence, and Character" to girls and young women everywhere. Girl Scouts of America's main focus is to empower girls and teach them honesty, fairness, sisterhood and a variety of other values and morals through activities such as camping, community service and first aid. As each girl completes these tasks they are awarded a badge which are traditionally placed on their vest or sash. Since its inception, there have been 24 National Presidents with First Lady Lou Henry Hoover, wife of President Herbert Hoover, being the most notable. The commemorative coin is made of 90% Silver and 10% copper with a diameter of 1.5 inches. Its obverse depicts three girls to represent three different stages in a scouts life. Above their heads are the words taken from their mission statement: "Courage, Confidence, Character." Below, the coin acknowledges their 100th anniversary. The coins Reverse features the trefoil/profiles symbol of the organization.