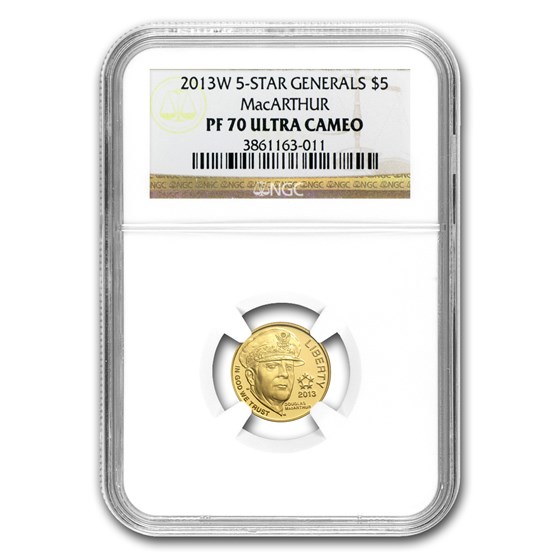 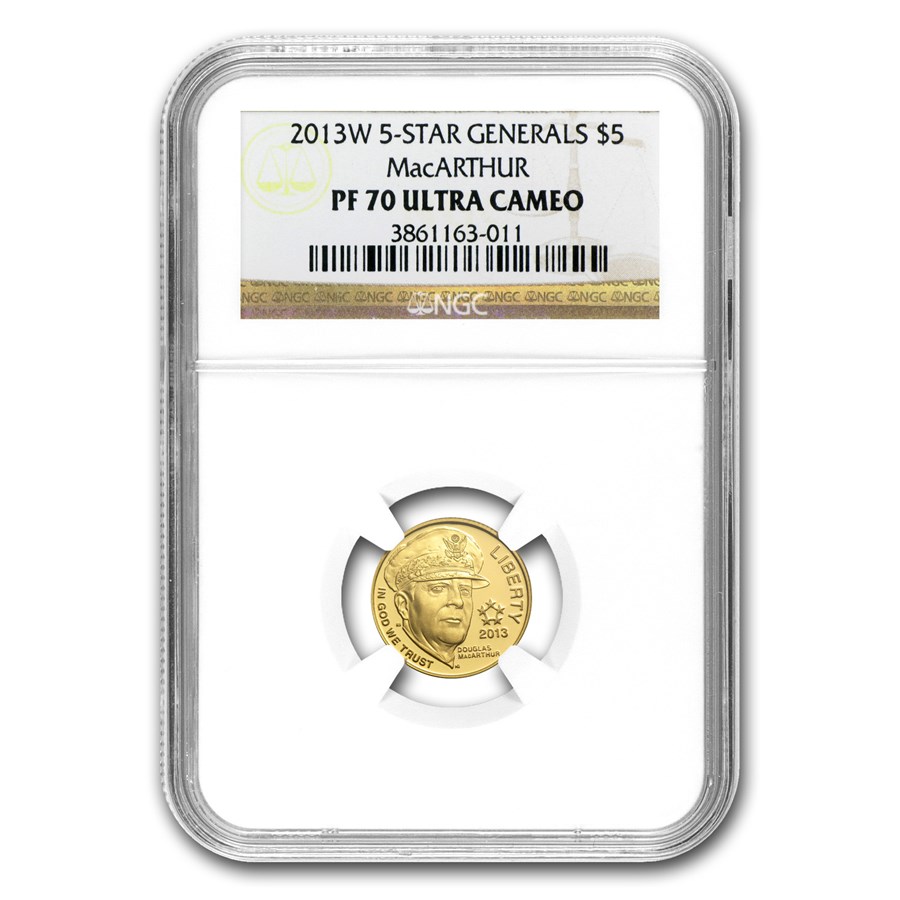 $1,914.39
As Low As
Product Details
Product Details
This coin is one of three coins, along with the Silver dollar and clad half dollar, that celebrate and recognize five of the greatest leaders of our time. A great addition to any military collection.

Coin Highlights:
Protect and display your 5-Star General MacArthur coin in style by adding an attractive display box to your order.

This coin will make a great addition to any collection. Add this 2013-W $5 Gold Commemorative of 5-Star General MacArthur to your cart today!

General Douglas MacArthur served 52 years in the United States Army and became one of the most decorated members of America's armed forces as he continued moving up the ranks from soldier all the way up to Chief of the Army General Staff. He was finally decorated with a Medal of Honor for his defense of the Philippines in 1942.

MacArthur served in nearly every war America was involved in from the United States' occupation of Veracruz in 1914 all the way to the Korean War ending in the early 1950s.

Beginning in 1960, his health began to deteriorate and he began making appearances that were in essence a goodbye. He began writing his memoirs which began appearing in Life magazine shortly before his death. He was later asked by President Kennedy in 1963 to mediate a dispute that could have potentially held up or canceled America's involvement in the 1964 Summer Olympic Games.