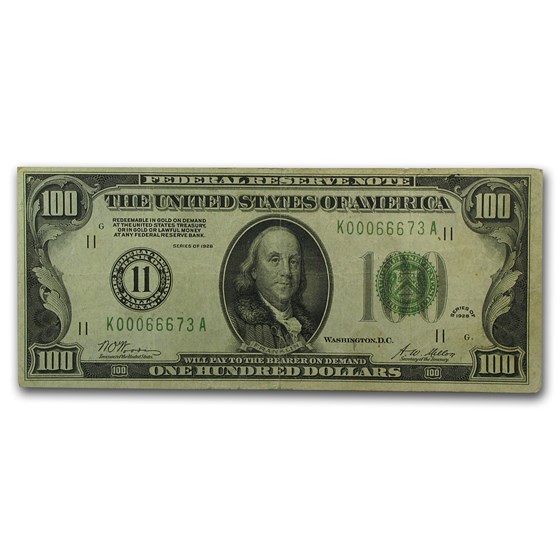 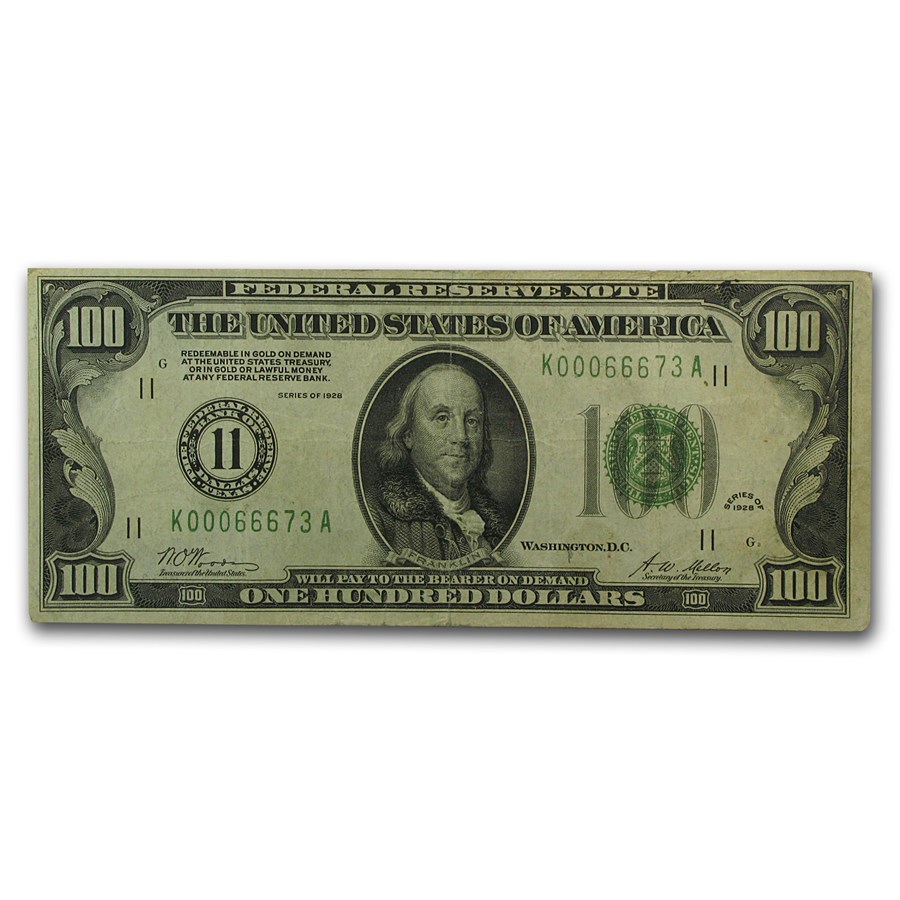 Nice Numeral Note from a tough district! This Series 1928 $100 Federal Reserve Note is from the elusive Dallas district; with only 80,140 notes printed! Numeral notes are in high demand since only the series 1928 $100's (& $50's) had this feature. When the 1928-A $100 notes were introduced, the corresponding letter such as K for 11 replaced the numeral in the middle of the Federal Reserve seal to the left of the portrait. This note is a strong Very Fine example. Woods/Mellon signatures. Friedberg #2150-K.