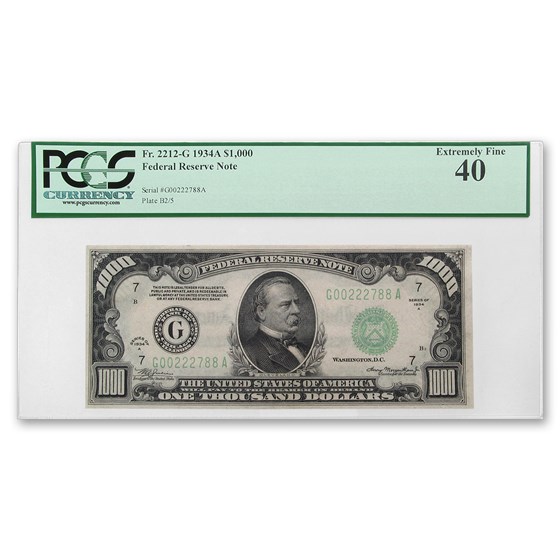 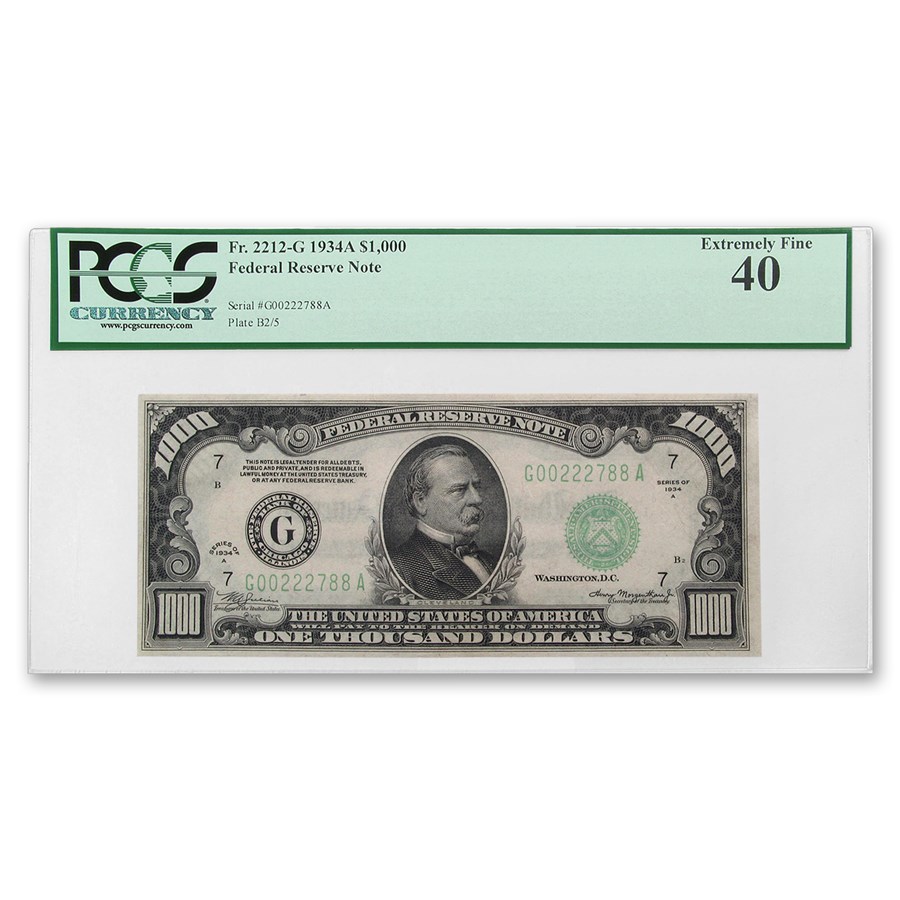 Product Details
Product Details
This series 1934-A $1,000 Federal Reserve Note is from the Chicago district. This example has been graded Extremely Fine 40 by PCGS which makes it a nice addition to any high denomination collection.