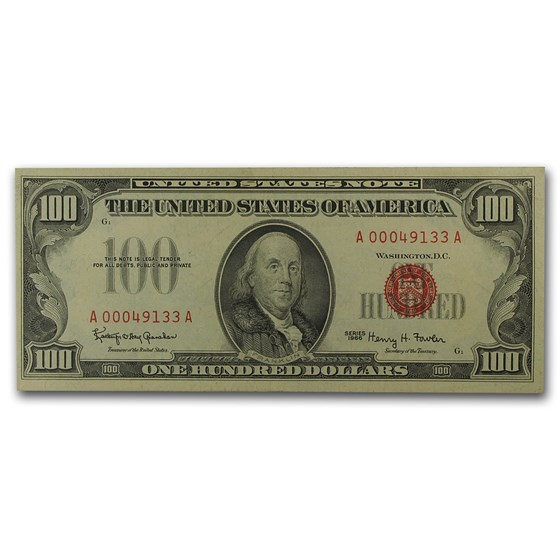 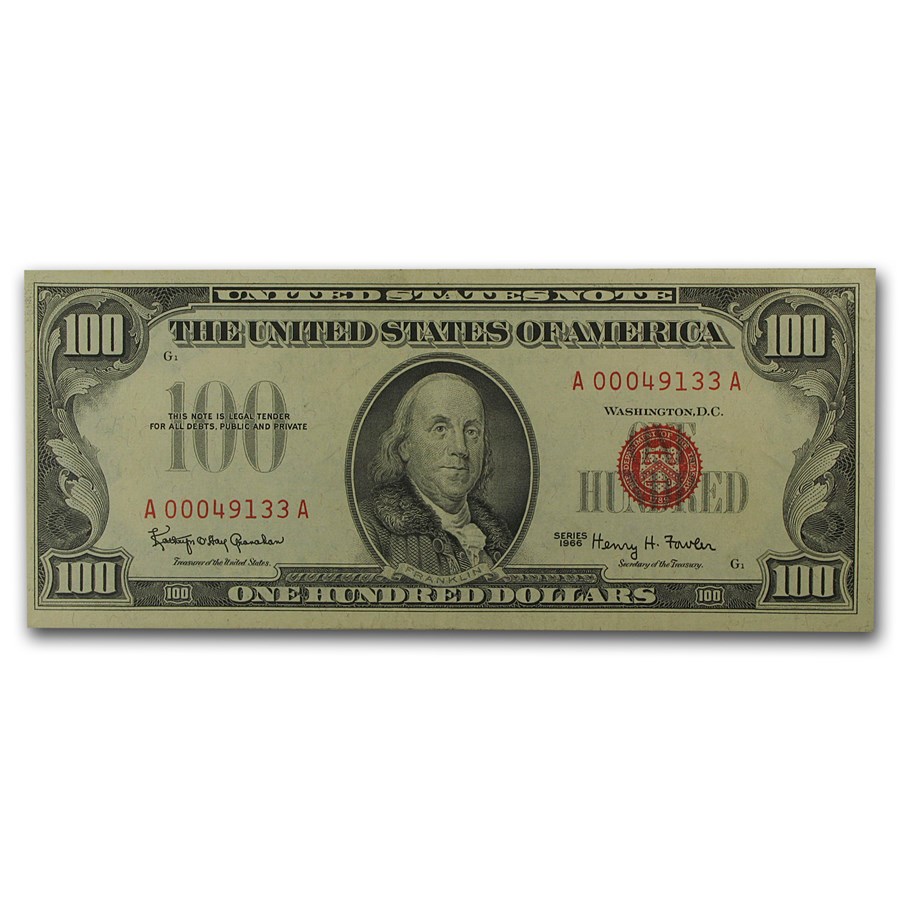 United States Notes were adopted for circulation during the Civil War in 1862 in denominations from $1 through $1,000. The $100 note did not carry over to the small size notes in 1928.