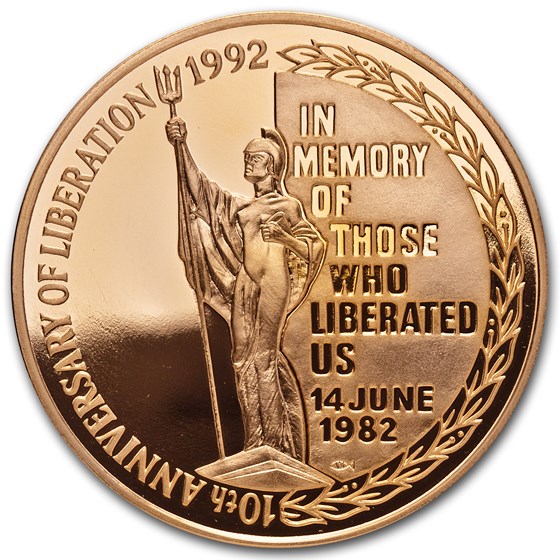 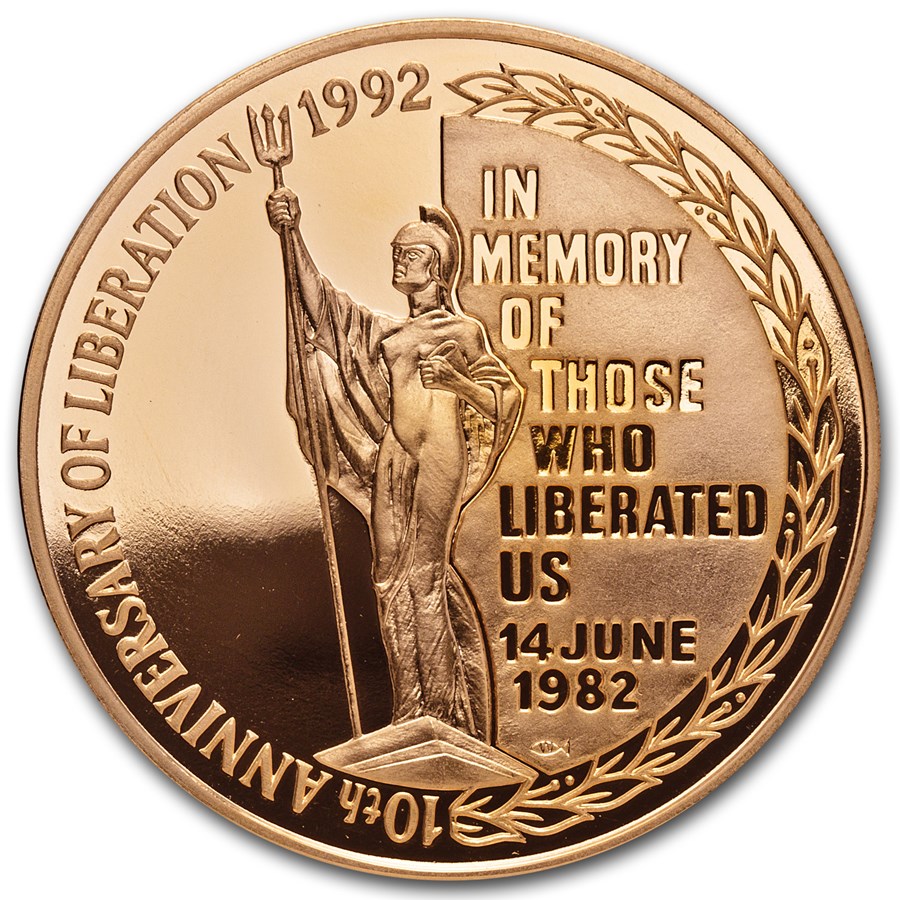 Only 100 Coins Minted!
Issued by the Falkland Islands in 1992, this 5 Pound coin has an AGW of 1.1775 ounces of pure Gold. This coin commemorates the 10th anniversary of the Liberation of the Islands by the British after Argentina invaded and seized control in 1982. The coin has a likeness of Queen Elizabeth II on the obverse, while a statue, the liberation date of June 14, 1982, and a memorial legend grace the reverse. This rarely seen coin will come to its new owner in its original box with COA from the British Royal Mint. KM#36b.