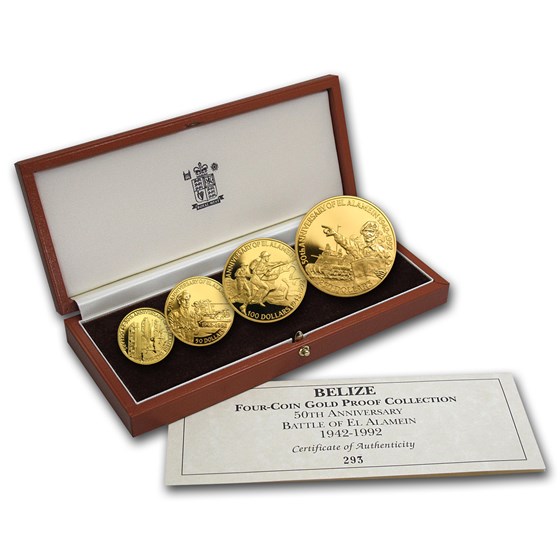 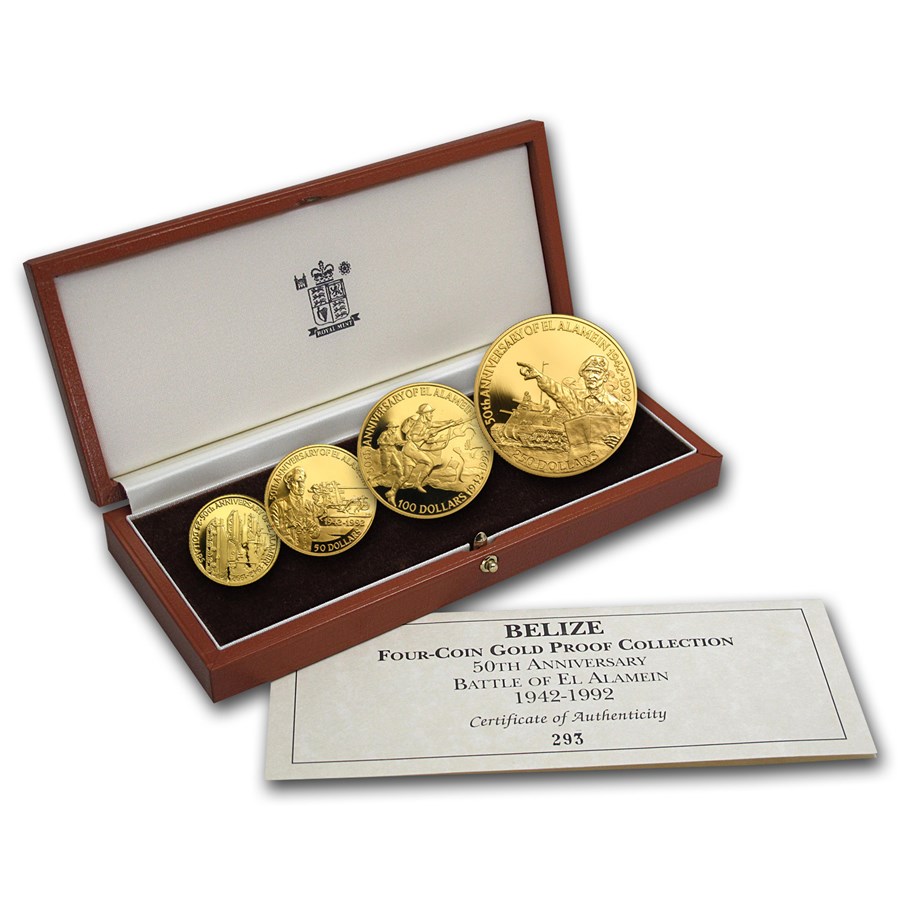 Limited Issue Gold Set!
This 4 coin set was issued by Belize (formerly British Honduras) to commemorate the 50th anniversary of the Battle of El Alamein. This battle marked a major turning point in the North African campaign during World War II when the British 8th Army, under the command of General Bernard Montgomery stopped the German Afrika Korps, commanded by Gerneral Erwin Rommel on their drive to capture the Suez canal.
This 4 coin set contains 1.85 ozs. of pure Gold! Only 500 of these sets were produced, so they don't come up for sale very often. Get this one while it lasts! Comes packaged in its original box with COA from the British Royal Mint. Cataloged in Krause as PS24.