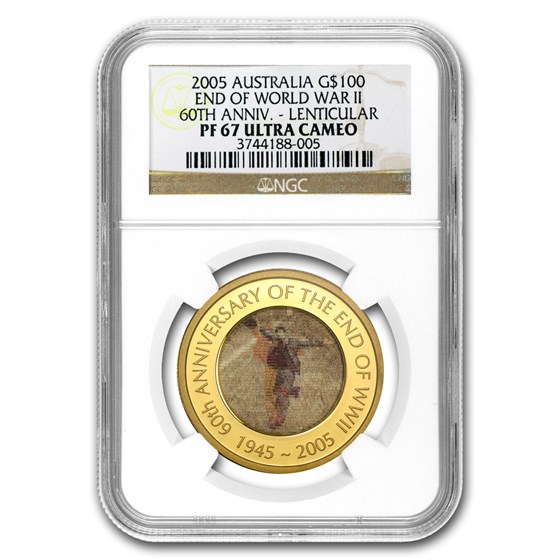 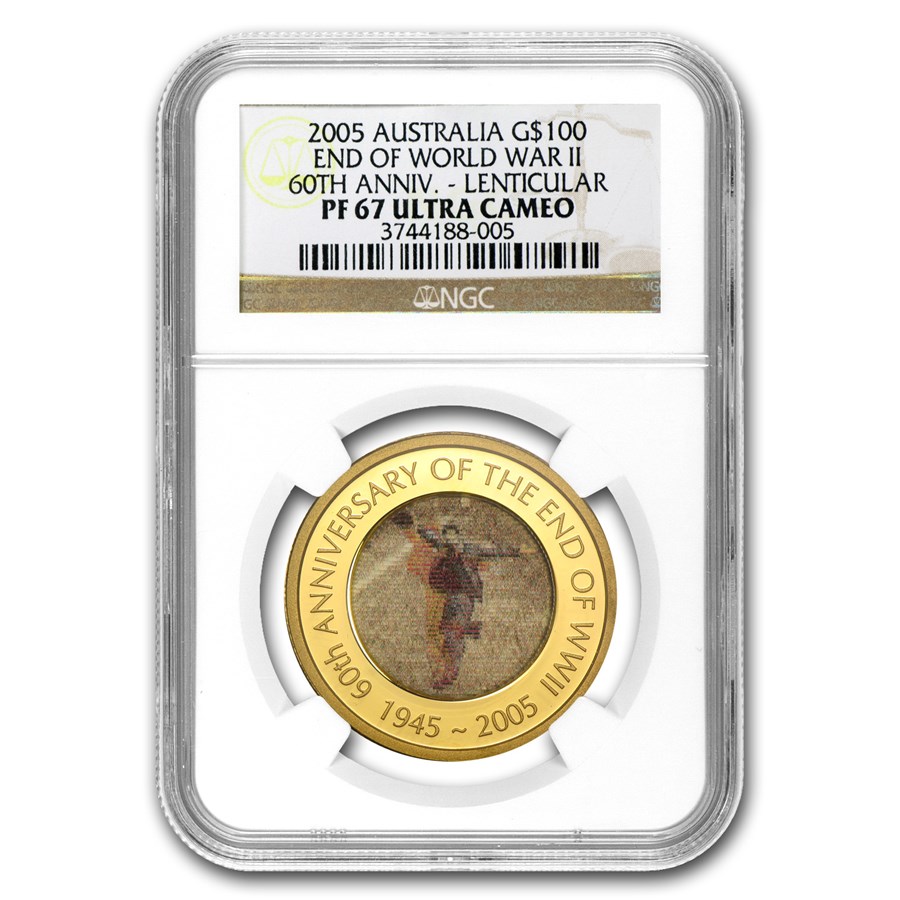 Graded PF-67 by NGC
This coin is to celebrate the 60th anniversary of the end of WWII in 1945. It features a lenticular image comprising multiple frames of the 'dancing man' taken from newsreel footage. When viewed from different angles, they produce a movie-like sequence showing him pirouette through 360 degrees while tipping his hat. The Ian Rank-Broadley likeness of Her Majesty Queen Elizabeth II and the monetary denomination are shown on the obverse.
The Proof Gold coin is 1 oz of 99.99 pure Gold.
The war in Europe ended on May 7, 1945 when Nazi Germany surrendered unconditionally at General Dwight Eisenhower's headquarters in Reims, France. Britain declared May 8 a national holiday and VE Day was characterized by spontaneous street parties. In London, an exuberant crowd massed in Trafalgar Square and up the Mall to Buckingham Palace.
In the Pacific, the War continued for a further three months. On August 6 & 9, the United States dropped atomic bombs on Hiroshima and Nagasaki, precipitating the surrender of Japan on August 14 and a final end to hostilities.
In Australia, people began gathering outside newspaper offices for official confirmation that World War II was over. Almost one million Australians served during the conflict and more than 39,000 were killed.
On August 15, VJ Day, more and more people took to the streets until the revelry in Australia's largest cities recalled earlier scenes in the British capital. Euphoric Australians danced , sang, kissed and held hands under a snowstorm of confetti and streamers. In Sydney, the 'dancing man' gave further expression to the joyous relief felt by the entire nation.