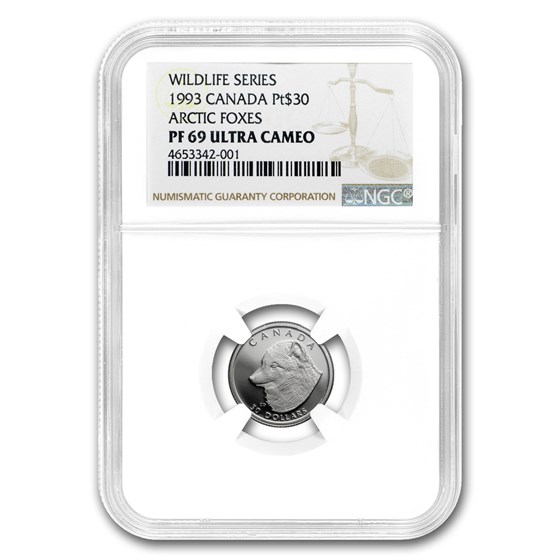 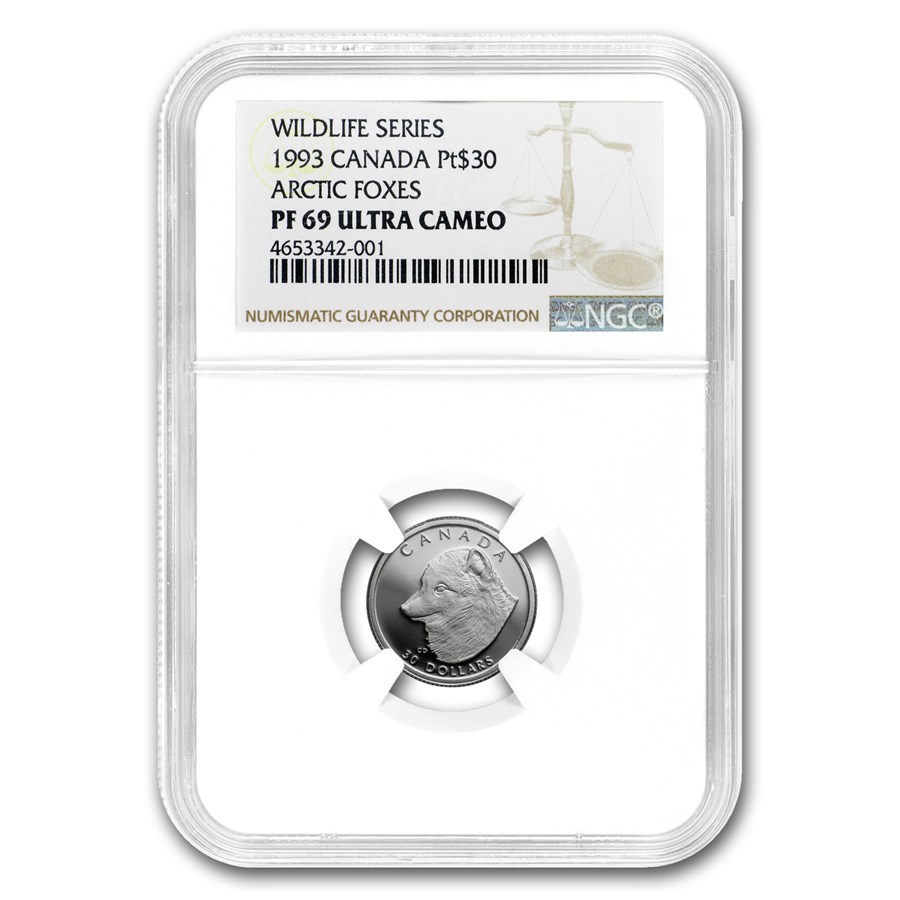 Your purchase is guaranteed to match the quality of the product shown. It will not be this exact item.
Product Details
Product Details
In 1993, the Royal Canadian Mint issued this coin as part of their Wildlife series featuring Canadian animals. This 1993 issue features the Arctic Fox on 1/10 oz of .9995 fine Platinum.

This coin was produced as a series to honor the endangered wildlife in Canada. Add this rare 1993 1/10 oz Proof Platinum Wildlife Arctic Fox coin to your collection today!

The Royal Canadian Mint opened its operations in 1908 and is known for innovative engineering and unparalleled craftsmanship.