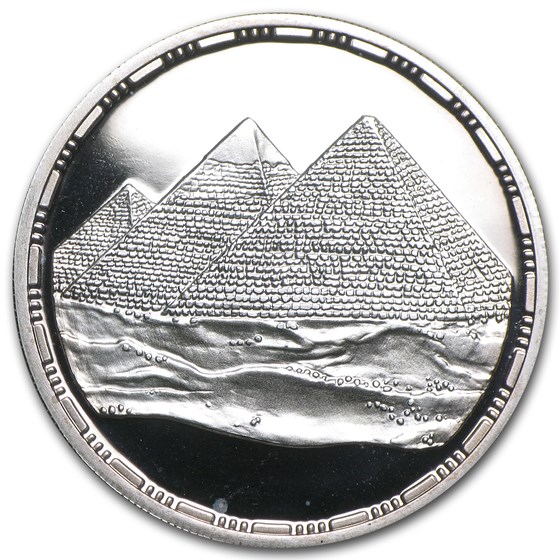 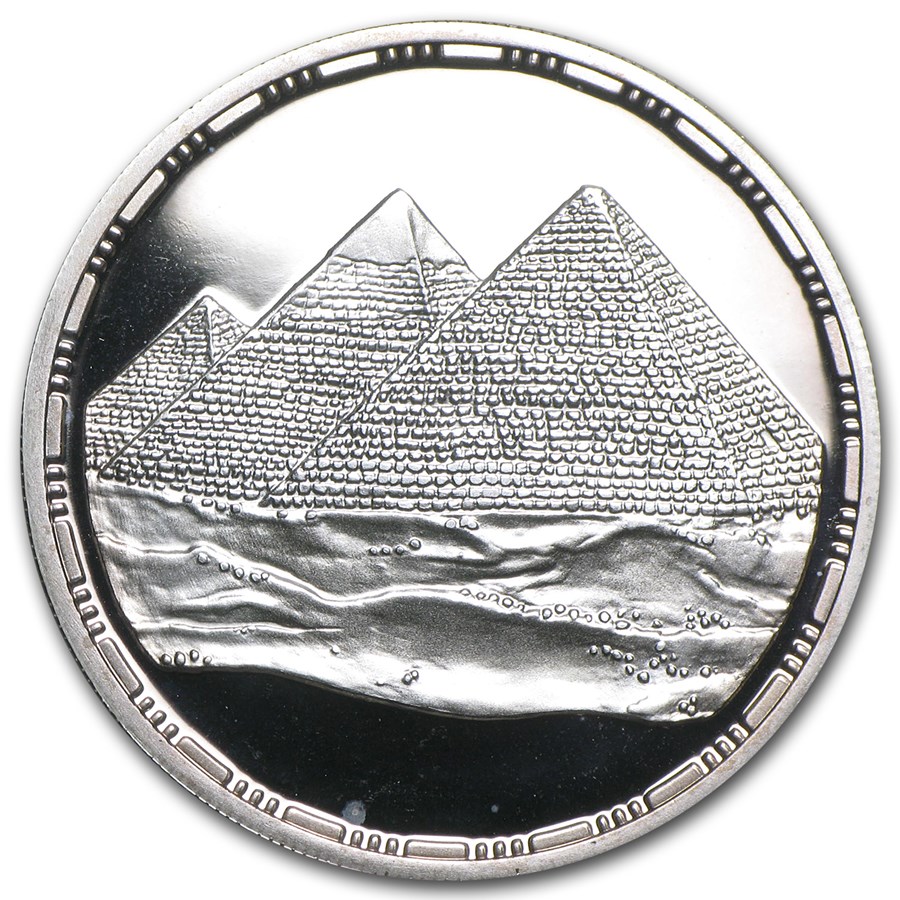 This Silver proof was part of a series issued by Egypt in 1993-1994 to pay tribute to the long history of this country; one of the oldest civilazations on Earth!
This issue commemorates the Pyramids of Giza. These monumental structures date from the 4th Dynasty (2613-2494 BC), and are one of the seven wonders of the ancient world and the only one still standing! The Great Pyramid was built by Cheops (aka Khufu) and stands 481 feet tall and is 756 feet square at its base. The precision with which these monuments were built still astounds modern scientists to this day!
Egypt issued this 5 pound coin in 1993 with the image of the three Pyramids on the reverse. Egyptian symbols with the dates (1993-AH1414) are on the obverse. These limited issue proofs are not often available for sale so get this one while it lasts! The Silver content of this coin is .7226 of an ounce. KM#740.